The identity culture of Sabah and Sarawak community 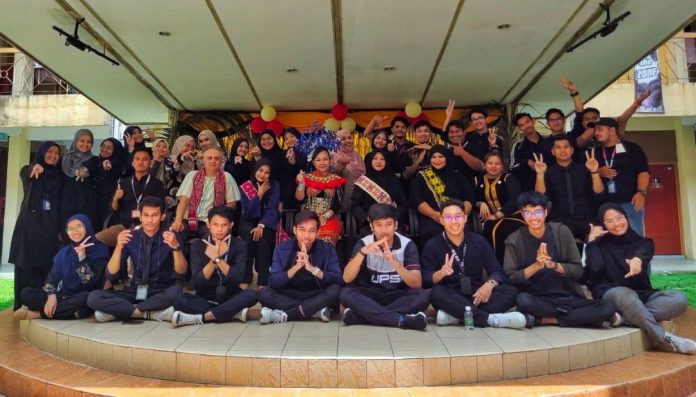 MEDIA ANNOUNCEMENT Perseni UPSI organises ‘Dirgahayu Bumi Bayu Kenyalang’, introducing the identity culture of Sabah and Sarawak community by MONAE RECOGNIZING the importance of knowing the identity and respecting the cultural heritage of the entire plural society of Keluarga Malaysia, the UPSI Visual Arts Association (PERSENI) organized the ‘Dirgahayu Bumi Bayu Kenyalang – The Diversity of Borneo’ program from 15 May until 15 June 2022. The event was done with the collaboration of Johor Student Union (Majlis Anak Johor). Pn. Jamila Omar is a lecturer of the UPSI and also the representative of Majlis Anak Johor ([email protected]), who helped in the organization of this event. Dr. Harleny Binti Abd Arif, Head of Art & Design at Fskik/UPSI also played a key role in the organization of the event. The one-month program raised the cultural theme of the two states of eastern Malaysia, Sabah and Sarawak, full of artistic and heritage activities.

“This program was organized to celebrate ethnic and cultural differences between students and to give them an opportunity to understand art and heritage, in particular the under-populated community and the state of the earth which is the engine of the multiracial community”, she explained during the closing ceremony of the program on June 15 at the Sultan Abdul Jalil Shah Campus, UPSI, Tanjung Malim.

According to Beatrice Ana Anak Stewart, program Director, the inaugural event also attracted the participation of the local community through a painting workshop on the culture of the two states as well as the cooperation of local corporate companies, RunCloud Sdn. Bhd., Arts Cool Studio, and Pertubuhan Transformation Dayak (TRADA).

In addition to the UPSI students, the competitions also drew 154 secondary and primary school students from more than 50 peninsular Malaysian schools and 30 schools around Sabah and Sarawak”. Beatrice adds that “Interestingly, during the closing ceremony of the program, the secretariat also held a traditional potluck meal that was cooked with lecturers and students and served to more than a hundred students and lecturers who participated in the ceremony”. She further explained that among the foods that are the focus are Sarawak laksa, Manuk Pansuh, weed kerabu and Tawau sea gelatin.

Farahainin Harun, 24 was one of the active participants of the program. She said that “I am so happy to find the opportunity to show the traditional dress of the Kadazan Dusun community during the closing ceremony”. She said: “I was delighted to see that there were other students who admired the uniqueness of the motifs and jewelry on the clothes I exhibited. Through this show, we also had the opportunity to share our knowledge about the other ethnic traditional dress with our friends from different races. With this event, we have been able to cure our homesickness as well”.

The closing ceremony of the program was presided over by the Vice-Dean of Student and Alumni Affairs (HEPA) of the Faculty of Arts, Computing and Creative Industry, Dr Norakmal Abdullah. Dr. Norakmal said “These programs can strengthen the spirit of unity and belonging and create a sense of love and goodwill in our nation’s community. It also makes it clear how important it is to understand, respect and appreciate the diversity of our country’s cultures to ensure that harmony is always maintained.” 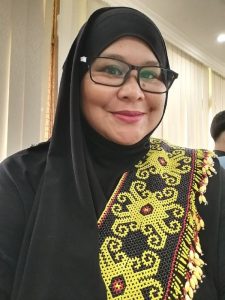 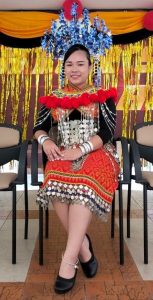 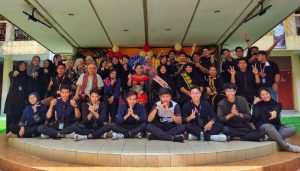 The secretariat line that made the program a success. 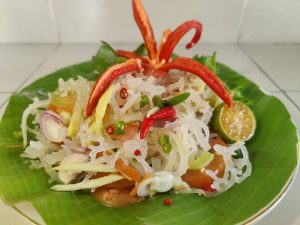 Unique dishes from Tawau, Sabah among the dishes served. 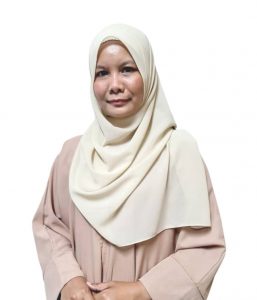 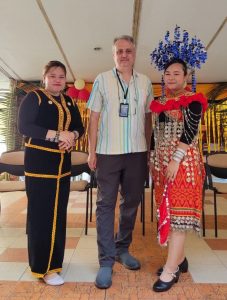 Malaysia ‘happier’ than China but not as ‘happy’ as Singapore