Commentary: Pelosi’s visit to Taiwan raises temperatures, but it’s in everyone’s interest to cool them down again 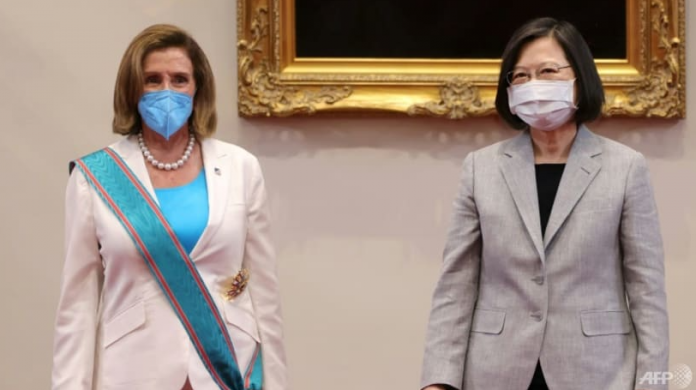 US Speaker of the House Nancy Pelosi’s provocative visit to Taiwan has been ill-timed from the perspective of China’s leader Xi Jinping.

In seeking to further consolidate his hold on power ahead of a National Party Congress in November, Xi needs to demonstrate that he is in command.

The Pelosi visit challenges Xi’s strongman narrative domestically at a time when he will be seeking the support of his colleagues in the Central Committee of the Chinese Communist Party for a third term as party secretary.

If nothing else, the Pelosi mission illustrates the limitations on Xi’s pledge to return Taiwan peacefully to mainland control as part of his declared policy of “national rejuvenation” into a modern superpower.

This goes some way towards explaining Beijing’s reaction to a visit to Taiwan by a member of the US Congress, albeit one who ranks third in the hierarchy behind President Joe Biden and Vice President Kamala Harris.

There are two other factors at play. The first is suspicion in Beijing that the Biden administration is steering away from the US’ longstanding policy of “strategic ambiguity”, or avoiding confronting the “what if” issue if China threatened Taiwan militarily.

CHINA’S CONFIDENCE IN US COMMITMENT
Biden has appeared on occasions to suggest that the US would come to Taiwan’s defence in the event of overt Chinese aggression. This exchange between a reporter and Biden in May will have concerned Beijing:

Biden: That’s the commitment we made.

The White House subsequently sought to walk back Biden’s statement, as it has done on other occasions when he has appeared to step away from a policy fudge on Taiwan.

The episode will have gnawed away at China’s confidence in the US commitment to a “One China policy” negotiated in various communiques and enshrined in the normalisation agreement of 1979. That agreement, under the Carter administration, extended full diplomatic recognition to China and severed normal ties with Taiwan.

Congress then enacted the Taiwan Relations Act, which allowed commercial and cultural relations and authorised the supply of weapons to bolster Taiwan’s defences. This has been a sore point with Beijing. CNA