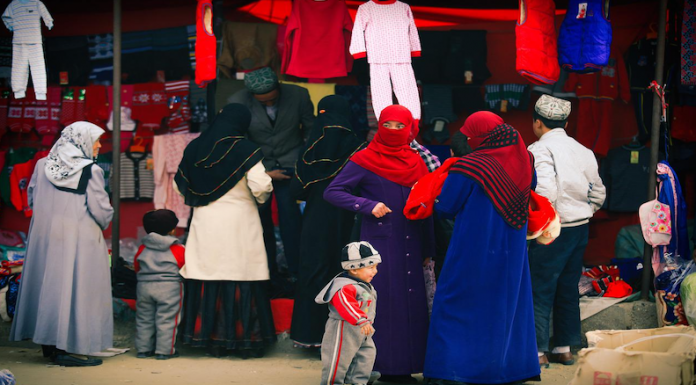 Xi Jinping’s recent national unity tour to Xinjiang has reminisced about China’s clandestine and blatant Sinicization of Islam campaign. More significantly, this is his first visit since the evidence of mass detention internment camps began to emerge in 2018. These internment camps were just a fragment of China’s long campaign of forceful assimilation and overwhelming surveillance of Uyghurs, the indigenous Turkic-speaking Muslim ethnicity. The Xinjiang Uyghur Autonomous Region (XUAR) in China is home to 12 million Muslims, primarily Uyghurs but also smaller numbers of Kazakhs and other minority ethnicities.

The Chinese State has always categorically denied the evidence documented by the western human rights organizations, governments, and media on mass surveillance, internment camps, and forced labour in Xinjiang. Hu Lianhe, a senior communist party official who represented China at the United Nations Committee on the Elimination of Racial Discrimination (CERD), had acknowledged the presence of such camps but claimed to have a different purpose of offering vocational training to minor criminals; however, without revealing whether religiosity is interpreted as a crime in the case of Uyghur Muslims. The stability-security paradigm in Xinjiang adopted a more coercive shift in 2012 under Xi Jinping, but this has accelerated with the arrival of Chen Quanguo, who served as the Xinjiang party secretary from the year 2016 to 2021.

With Xi at the helm of affairs, Xinjiang has witnessed a paradigm shift in its ethnic management with more focus on micro-level emphasis on control by attributing responsibility to the local population. The coinage of ‘People’s War on Terror’ ensures civilian participation in counter-terrorism measures, legitimizing various strategies of surveillance and suppression that justify indiscriminate use of de-extremification strategy, enduring pervasive discrimination, religious repression, and cultural suppression of Uyghurs for holding “strong religious” and so “politically incorrect” views.

The origin of de-extremification camps can be traced to the concept of re-education through labor (láodòngjiàoyǎng), abbreviated as laojiao. It was created in 1955 to contain counterrevolutionaries as part of the anti-rightist movement. Over the decades, the punitive machinery like laojiao evolved as a means of political and social control for the government to deal with whatever crisis it faced. As an immediate political response to September 11 attacks, China categorized Xinjiang as a terrorist threat. Henceforth, laojiao camps cropped up as an “effective” government apparatus to detain religion/ethnicity-based dissidents in Xinjiang post-2001. The general pattern of the political offense committed by the detainees of Xinjiang laojiao includes their involvement in,

The categorization of “involvement in ‘unlawful’ religion” in the context of Xinjiang not only reasserts the ethnoreligious complexity of Uyghur (ethnic) minorities but also accentuates the Chinese State’s right to determine the definitions of ethnicity and extremism by dictating the spatial boundaries of the Islamic faith. The Han Chinese prejudices have always been shaped by cultural and racial factors rather than religious ones. For the Hui Muslims (who have acculturated to the ‘Chineseness’ as opposed to the Uyghurs), Islam is the only means through which they could express their distinctiveness, reflecting the distorted position of their minzu status. The Hui Muslims violates the nationality principle without a language as the Chinese state through its hegemonic position defines the Hui as an ethnic minority. The religious factor per se does not define Chinese ideological orthodoxy; hence, the Muslims are disliked on socio-political positioning rather than religious grounds. This context discerns the Uyghurs from the Hui, often questioning the former’s political loyalty towards both the Chinese State and the Communist Party of China (CPC). This loyalty question sturdily re-emerges in China’s ethnic-political discourse with the series of reports on these extra-judicial internment camps.

As per the Xinjiang Uyghur Autonomous Region Regulation on De-extremification (2017), “de-extremification shall persist in the basic directives of the party’s work on religion, persist in an orientation of making religion more Chinese and under the law, and actively guide religions to become compatible with socialist society” (Article 4). Since the Chinese government conflates extremism and Islam in the context of Xinjiang, the de-extremification project’s objective seems to erase the Islamic identity of the Uyghurs, citing doubts regarding their political loyalty. This feeds into the political conception that the Uyghurs are incorrect in their spiritual and political spheres. Consequently, when People’s War on Terror replaced the “Strike Hard” campaign, the Chinese State does not shy away from directly targeting Islam, and the call to Sinicize Islam formulated de-Islamization in Xinjiang in the name of national unity.

The loyalty question and the incompatibility factor
While Islam makes no distinction between political and spiritual authority, Chinese Muslim minorities are threatened in terms of self-preservation of their Islamic identity in the secular and irreligious framework of the Chinese nation-state. The secularization debate concerning Islam in China raises an essential question regarding whether Islam has reconciled to the host culture of the (Confucian) Chinese state. The hypothesis China perceives in the case of Uyghurs is that, Muslims, as minorities, inherently challenge a non-Muslim host state and rebelliously continue to seek their independence.

The root of Islam’s loyalty revolves around the political position of Muslims in a non-Muslim host state. Shih suggests China’s transition from a civilization-state to a modern nation-state engenders the transfer of loyalty from individual ethnic groups to an all-encompassing state. The concept of an ethnic majority and minority is relatively new, and the question of loyalty has not been an issue in Imperial China as it is today with the Chinese nation-state. The general narrative emphasized aliens instead of minorities, and the Chinese Court was concerned about the propriety of preserving the hierarchy and superiority of the Chinese over aliens.

The traditional incompatibility between Chineseness and Islam is evident as Islam disregards filial piety (xiao) and does not appreciate the locale of Chinese political sensitivity. Even when the Chinese state theoretically adopted the Soviet system of the multi-state federation, it continued to be Unitarian. On the other hand, the Muslim ideological position seeks political power to execute the Will of Allah, and thereby no Muslim could establish his political-religious identity within a non-Muslim Unitarian establishment like China. Chinese Muslim society has always been under the firm control of a Confucian (cultural hierarchy) and Communist (ideological supremacy) system, and thereby unable, under normal circumstances, to establish an ethnoreligious and cultural identity consciousness that is free from state control. However, for the Chinese nation-state, if the Muslim minority remains vociferously loyal and falls in line with the values of citizenship as the state espouses, it pays little attention to the external implications of Islam.

Moreover, the Uyghurs consider their ancestors as indigenous people of the Tarim basin who did not belong to the Chinese state until the 18th century. Even the ethnogenesis of the Uyghurs is a recent phenomenon related to geopolitical compulsions and Chinese nation-building. The Islamicization of the Uyghurs from the 10th to the late 17th century did not bridge oases-based loyalties. As Justin Rudelson suggests, regional and cultural diversity (cultural diversity includes the ubiquitous Sufi influence, too), even within the Xinjiang region, complicated the Chinese state-Uyghur relationship with multiple loyalties.

Despite the differentiation between Islam and ethnicity, there has always been a fear of the Muslim community, who is the ‘Other.’ However, this apprehension has taken on a distinctly anti-religious (anti-Islam) tone. A few religiously motivated attacks, especially the knife attacks in Kunming in 2014, started shaping the trajectory of the Han majority’s attitude toward Muslims, irrespective of their ethnicity. The State Ethnic Affairs Commission (SEAC) ‘s attempt to recognize the halal law (strictly imposing Sharia law in the Halal food industry) received backlash from the public and the party intellectuals as they believed it would violate the secular framework of the Chinese state.

The patriotism and loyalty question in China’s ethnic politics is expressed through multiple representations, more generally through national unity posters and slogans while Xi’s ethnic unity tour was no different. A poster behind the elderly people in Uyghur costumes who danced read Xi’s favorite slogan, which is, “All ethnicities are one loving family; collectively building the China Dream with one heart.” Such propaganda explicates the depth of the Chinese state’s scepticism towards Islam and their loyalty which has expanded from Xinjiang to other provinces such as Yunnan too where Muslims were not reminded of their political loyalty normally. Global Times reports that the Yunnan Provincial Islamic Association uploaded images under the theme of patriotism to mark the Qurban (Eid al-Adha) festival. This very move reinstated patriotism as a means to moral excellence for ethnic Muslims, venerating the significance of promoting Islam with Chinese characteristics.

Conclusion
China does have genuine apprehension towards religious extremism and terrorism, but it is limited by its apprehension towards securing and legitimizing Chinese rule over Xinjiang. Consequently, socio-political stability and domestic security dominate de-extremification as a discourse and political strategy. While China claims its policies in Xinjiang protect the region from becoming “China’s Syria” or “China’s Libya,” it is significant to revisit the Chinese state’s ethnic policy reform pledge as post-Urumqi riot panacea. The trajectory of ethnic policy reform in the context of de-extremification and loyalty question confirms that it has not taken any positive cue from its previous experience. In the process of containing political Islam, the Chinese state’s continuous effort to make Islam a monolith backfires alienating the ethnicities that constitute a significant part of China’s diverse ethnic population.

China’s efforts in defining secularism in the context of the escalating stability-security dichotomy in Xinjiang is problematic. Social re-engineering and surveillance strategies of the Uyghurs impact the current negotiations between the Chinese state and Islam at large dragging the loyalty question to the other Muslim ethnicities such as the Hui who in fact enjoyed the state patronage for long. Consequently, the ethnoreligious complexity of Muslim ethnicities adds to the Islamophobic narratives, and thereby, the representation of Islam as a monolith neglects the diversities within Chinese Muslims. EURASIAREVIEW