War Over Taiwan Is Nowhere Near Inevitable 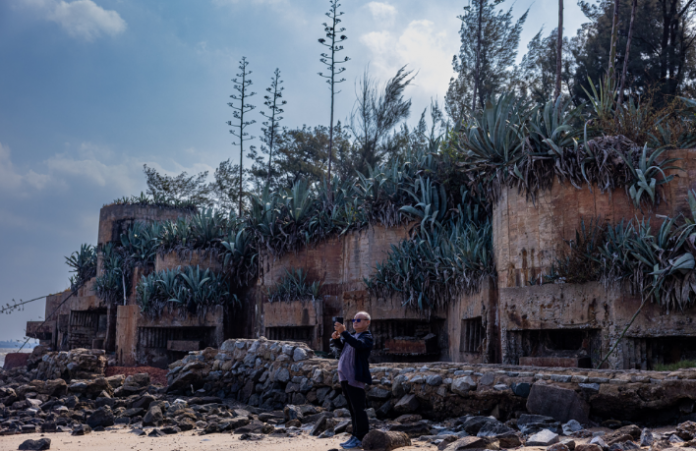 When U.S. Speaker of the House Nancy Pelosi led a congressional visit to Taiwan on Aug. 2, China indulged in a festival of furor. With impassioned rhetoric, economic warfare, and antagonistic military exercises, China aimed, in part, to stoke fears that war might be just around the corner. Tread carefully, Beijing intimated, for one more misstep could lead to disaster.

But does peace in the Taiwan Strait truly stand on a knife’s edge?

The Chinese Communist Party wants the international community to accept that China’s approach to Taiwan is governed by some supposedly immutable law of cross-strait physics: For every action on the part of Taiwan or its foreign supporters, there will be a disproportionate and opposite reaction. As a Chinese foreign ministry spokesman warned ahead of the Pelosi visit, “the U.S. will be responsible for all of the serious consequences.” This is the equivalent of a movie villain pointing a gun at a hostage’s head while telling the cops that their actions will determine whether the hostage lives or dies.

But the party is responsible for its own actions and, with respect to Taiwan policy, has locked itself in a cage of its own making, which limits its flexibility to productively engage with Taiwan and to respond to a variety of perceived slights. Still, it would be a mistake for American policymakers to conclude that alternative pathways are not still available to Beijing.

To be sure, China’s rhetoric suggests otherwise. For those just tuning in to the Wolf Warrior show, the language in Beijing must be striking. As a foreign ministry spokesperson put it in the wake of the Pelosi visit: “it is the U.S. that blatantly infringed on China’s sovereignty and territorial integrity and trampled on China’s red line. … What the U.S. has done has completely gone over the line. It is not China that is being irresponsible. It is Pelosi and the U.S. government that are being extremely irresponsible.” Some have taken red line talk to its natural extreme. Hu Xijin, the bombastic Twitter propagandist and former editor in chief of the Global Times, a Chinese state publication, urged the Chinese military to shoot down Pelosi’s plane and called on the Chinese people to “share the hatred of the enemy.” Many of Hu’s Chinese followers ridiculed him—and the military—when Beijing failed to act with force.

But as distressing as the recent tensions have been, a far more dangerous moment—one in which Beijing and Washington are making credible threats to use force and backing up those threats by preparing for war—may be coming.

Domestic conditions in Taiwan are not remotely conducive to unification. Today, nearly two-thirds of citizens identify as “Taiwanese,” a share that has continually trended upward since polling on the question began in 1992, when 17.6 percent of respondents identified as “Taiwanese.” Only 2.4 percent identify as “Chinese,” down from a quarter in 1992. Over that time frame, the share identifying as “both Taiwanese and Chinese” has likewise dropped, from 46.4 percent to 30.4 percent. As young people in Taiwan identify more and more as Taiwanese, and less and less as Chinese, upcoming generations are likely to be vigorously anti-unification. That trend is already evident in polling. In the latest survey from the Election Study Center at National Chengchi University, fewer than 7 percent of respondents said they support unification, either as soon as possible or eventually, down from 20 percent in 1994. Meanwhile, around 30 percent say they favor independence, either as soon as possible or eventually, up from about 11 percent in 1994. Today, 28.6 percent favor maintaining the status quo indefinitely, compared to 9.8 percent in 1994—a vote in favor de facto independence for the long haul.

In Beijing, however, Chinese President Xi Jinping has made unification a central plank of his animating vision at a time when the balance of military power increasingly tips in his favor. In testimony before the Senate Armed Services Committee earlier this year, the head of U.S. Indo-Pacific Command described a Chinese military that is advancing across the board, with the world’s largest navy set to grow by about 20 percent in the next three years, the Indo-Pacific’s largest aviation force “increasing the [Chinese military]’s offensive air capabilities,” an already “extensive” and “advanced” missile force adding cutting-edge systems “designed to evade U.S. missile defenses,” and a nuclear triad that is evolving into a significant deterrent. With China’s military growing into a force that cannot be ignored, Washington has belatedly accepted that it is in a long-term competition with China that requires the United States to counter the party’s strategic ambitions. With each passing year, conditions grow riper for a crisis that could rip apart East Asia’s fragile peace.

How to preserve the peace for the long haul? Beijing could drop its claims to Taiwan in the interest of regional stability, but the odds of that occurring are slim to none outside of radical political change in China. The United States could acquiesce to China’s designs on the island, but doing so would be neither just, nor in accord with fundamental American interests, nor helpful for America’s already somewhat battered credibility with its allies.

The late-Cold War “one China” framework that governed American, Chinese, and Taiwanese approaches from 1979—when then-U.S. President Jimmy Carter established diplomatic relations with Beijing, severed ties to Taiwan, terminated the U.S.-Taiwanese mutual defense treaty, and signed the Taiwan Relations Act—worked for a time, but that time has passed. That framework was, at its root, a product of the Cold War. The international environment today bears only a passing resemblance to that which existed when the United States and China established diplomatic relations. Washington and Beijing no longer share a common adversary in the Soviet Union. Taiwan is no longer a one-party state under martial law, but a prosperous and thriving democracy. China desperately needed the United States at the time of normalization, but its power now rivals America’s own.

Washington, Taipei, and Beijing must set about finding a new way to coexist, one in which respective fundamental interests are guarded but grander aspirations may be curbed. Much as during the first two decades of the Cold War, that process will likely involve diplomatic and military tools, probing and provocation, and potentially some hair-raising moments.

First, the option of unification by force will have to be foreclosed. This will require Washington and Taipei, working in much closer coordination than previously has been the case, to invest deeply in their abilities to defend Taiwan. Foreclosing forced unification will also necessitate actions heretofore viewed as provocative, like senior-level engagement, extensive bilateral military exercises, and a clear American commitment to defend Taiwan. Such a commitment will allow for more targeted Taiwanese investment in counterinvasion capabilities, narrowly defined, while leaving the high-end fight at sea, in the air, and perhaps in space to the United States.

Both countries will need to build large munitions stockpiles—primarily shorter-range anti-air, anti-ship, and rocket artillery rounds for Taiwan and long-range precision fires for the United States. Taiwan will also need large numbers of fast-attack missile boats, a substantial mine-laying capability, and a highly capable ground force with well-trained citizen-soldiers standing in reserve. For its part, because the United States will need to demonstrate an ability to fight in a contested environment in order to deter Beijing, the Department of Defense will need to emphasize both quality and quantity as it readies the Navy and Air Force for the next two decades. That means bigger, more survivable air, surface, and undersea fleets and investment in the logistic tails and ground-based capabilities that will support them.

Second, Beijing’s concerns about so-called separatism will have to be mitigated. Meetings of high-ranking American and Taiwanese officials might deepen such concerns, but they would also provide opportunities to address Chinese apprehensions. In particular, Taiwanese cabinet officials and even the president could, in meetings with their American counterparts, publicly and repeatedly commit to forgo any moves toward formalizing Taiwan’s separation or independence from China. This might be a bitter spill to swallow for some segments of the Taiwanese electorate, but it might be a necessary price for an American security guarantee.

Finally, China must have the space it needs to release itself from a rigid and largely counterproductive policy. To provide it with that space, American political leaders will have to refrain from using U.S.-Taiwan relations to bludgeon Beijing. They must likewise resist the urge to undermine Xi’s standing at home (or that of any successor) by flaunting success in keeping Taiwan from his grasp. Taipei and Washington may need to accept that coercion will remain an important part of Beijing’s toolkit, especially during sensitive times in China’s domestic political calendar. But if forced unification is not a viable option, the party will have limited options for escalation and will see the effectiveness of its coercive tactics diminished. A Chinese approach that emphasizes carrots rather than sticks may well emerge.

There will no doubt be more rage to come from Beijing. As Beijing, Taipei, and Washington plod—or perhaps more accurately, stumble—toward a new modus vivendi, crises may mount in number and intensity. With the “one China” framework past its expiration date and nothing primed to replace it, this is a particularly dangerous period. Unless all three parties accept that a new arrangement is both necessary and feasible, danger may breed disaster./ foreignpolicy