Indonesia’s Exports Could Profit From Russian Invasion Of Ukraine 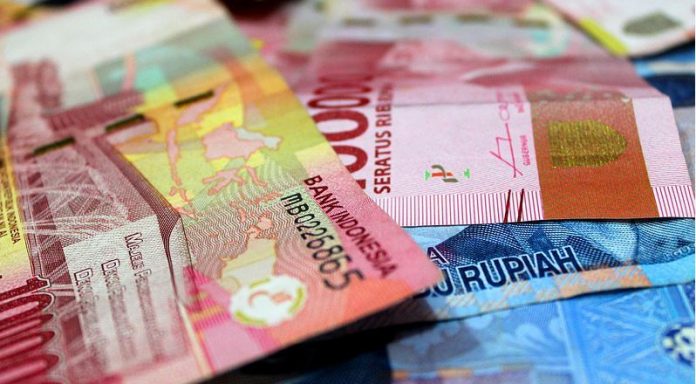 A petroleum shortage linked to Russia’s invasion of Ukraine is driving up prices for commodities, but analysts say those could bring a windfall to Indonesia, Southeast Asia’s largest economy and a major producer of coal, palm oil and nickel.

Neighboring Malaysia, meanwhile, has had to increase government subsidies to keep prices down at the pump even as the cost of crude oil shot up since Russian President Vladimir Putin sent his forces into Ukraine on Feb. 24.

Prices for crude oil jumped to U.S. $133 per barrel on Wednesday, far above the $63 assumed in Indonesia’s national budget, but higher prices for commodities will more than make up for the loss, the analysts said.

“The Russia-Ukraine conflict presents a silver lining for the Indonesian economy because it has led to a surge in the prices of Indonesia’s mainstay commodities such as coal, palm oil or nickel,” Bhima Yudhistira, director of the Center for Economic and Law Studies, told BenarNews.

Indonesia’s state revenue is expected to increase by 192 trillion rupiah ($13.4 billion) if crude oil prices remained at around $127 per barrel, Bhima said.

One reason is because coal prices hit nearly $419 per metric ton on Saturday, almost double the price before Russia launched the attack on its neighbor next-door.

Josua Pardede, chief economist at Bank Permata, said Indonesia would likely enjoy trade surpluses this year regardless of the outcome in Ukraine.

“In either scenario, I still see the potential for a trade balance surplus in the range of $20 [billion] to 30 billion for 2022,” Josua told BenarNews.

In Malaysia, the government’s fuel subsidies bill could more than double to 28 billion ringgit ($6.7 billion) this year if prices for crude oil stay above $100 per barrel, Finance Minister Tengku Zafrul Aziz told parliament.

Even before the Russian invasion, Malaysia spent 2 billion ringgit ($477.5 million) on fuel and gas subsidies in January – a tenfold increase from the same month in 2021 when the government spent 11 billion ringgit ($2.6 billion) for the entire year, he said.

“With the increase in oil prices, we estimate energy subsidies to be more than 2.5 billion ringgit ($597 million) per month,” Zafrul said.

On a positive note, Malaysia, like Indonesia, is expected to gain from rising commodity prices, the Reuters news agency reported.

The expectations for Indonesia have led foreigners to invest in the Jakarta stock market to take advantage of the country’s economic resilience.

On Thursday, the Jakarta Composite Index closed at 6,924.01, an increase of 0.87 percent from the previous day, with foreign investments valued at 200.15 billion rupiah ($14 million).

“Investors see that Indonesia as a country with abundant natural resources will benefit from rising prices of commodities,” he told BenarNews.

“They are also confident that Indonesia’s economic recovery is on the right track,” he said.

Bhima said that a rise in the cost of food and other necessities normally follow such increases.

“This could weaken people’s purchasing power,” he said.

Ukraine supplies about 25 percent of wheat to Indonesia, which imported nearly 3 million tons of the grain in 2021. Indonesia is the world’s largest instant noodle producer, a cheap staple for many families.

Indonesian imports of wheat and meslin (a cereal mixture of wheat and rye) from Ukraine have increased steadily over the past five years, amounting to $843.6 million ($59 million) in 2021, according to the Central Statistics Agency.

“Factories may see prices of raw materials and fuel increase. What does that mean? Production costs will increase and prices will be much higher,” he said.

“If the cost of shipping goes up, prices of goods will also increase,” he said.

On Thursday, Airlangga Hartarto, the coordinating minister for the economy, said the government was seeking to maintain an economic growth target of around 5 percent in 2022 while creating jobs and providing social safety nets.

“We are providing opportunities to stimulate the economy for small, medium and micro businesses, which according to data are mostly engaged in the trade sector,” Airlangga said.

Twitter
Telegram
Previous articleWhat’s next after Johor polls?
Next articleEU’s Ambo to ASEAN speaks his mind