HomePoliticsCommentary: No easy path to recovery for Sri Lanka
Politics

Commentary: No easy path to recovery for Sri Lanka 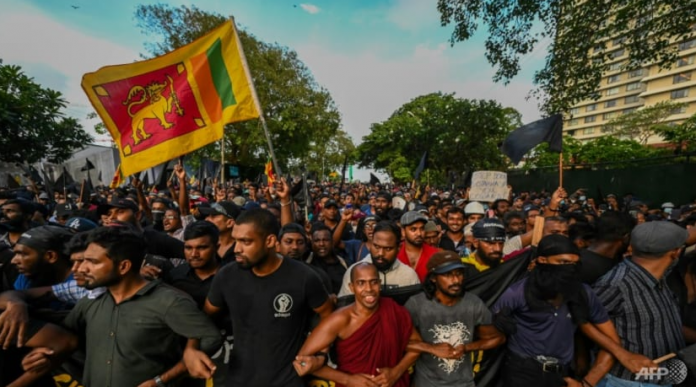 On Wednesday (Jul 20), six-time prime minister of Sri Lanka Ranil Wickremesinghe was voted in as the country’s new president until November 2024. His election arrived in the midst of a severe economic crisis and widespread public protests that prompted the resignation of disgraced Prime Minister Gotabaya Rajapaksa.

Wickremesinghe inherits a bankrupt economy but has promised to turn the country’s fortunes around. Since commencing his sixth term as prime minister in May, he played a key role in facilitating the crisis-hit country’s bailout negotiations with the International Monetary Fund (IMF).

But rapidly depleting Central Bank resources and public opposition to Wickremesinghe’s presidency make it critical to manage domestic unrest ahead of any agreement. Protesters accused Wickremesinghe of striking deals with the Rajapaksa family to secure the parliamentary vote, and vowed to keep fighting against the corruption they associate with these political elites.

In the near term, Wickremesinghe must manage public discontent and restore some political stability to facilitate talks. In its absence, sky-high food prices and an acute fuel shortage will only deepen the national crisis.

GENERATING MOMENTUM FOR AN IMF BAILOUT
To move forward on a multibillion-dollar IMF bailout agreement, Wickremesinghe should consolidate his all-party government and leverage prior negotiation experience with the IMF to finalise a debt restructuring plan this August.

The plan should prioritise participation from key donors, including Japan, China and India, so that Sri Lanka can extract specific financial assurances from top creditors on debt sustainability.

FILE – Sri Lanka’s newly elected president Ranil Wickremesinghe signs after taking oath during his swearing-in ceremony in Colombo, Sri Lanka, Thursday, July 21, 2022. (Sri Lankan President’s Office via AP, File)
Such an approach is consistent with Wickremesinghe’s June proposal to hold a “donor conference” for much-needed support. It will also send a clear signal to the IMF that Sri Lanka has secured some degree of cooperation from its creditors to support a bailout deal.

To Sri Lanka’s credit, several of its donors stand ready to provide near-term relief assistance, and it is currently negotiating vital credit lines with India, Japan, China and Bangladesh. Wickremesinghe’s office said on Jul 18 that “negotiations with the IMF were nearing conclusion, and discussions for assistance with foreign countries were also progressing”.

That positive momentum should culminate in Sri Lanka’s donor conference, with the aim of reaching a consensus on managing near-term debt liabilities and increasing the number of credit lines available to the country.

CALMING PUBLIC DISSENT THROUGH DIALOGUE
Besides obtaining financial assistance, the other immediate priority for Wickremesinghe should be calming public dissent.

Shortly after Wickremesinghe assumed the presidency, armed troops and police raided a key protest camp outside the presidential office in the capital. They attacked demonstrators and arrested nearly a dozen, hours before the protestors were due to vacate the area. / CNA

Drawing South Asia Into The US Defense Perimeter