What’s next after Johor polls? 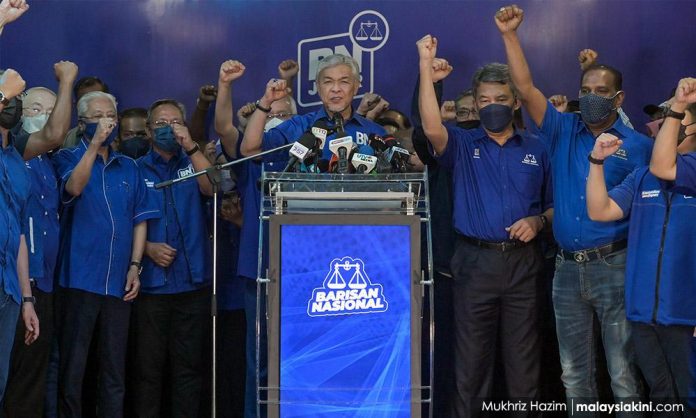 BN’s landslide victory in last weekend’s Johor polls, in which it won 40 out of the 56 state seats, has many implications, including Prime Minister Ismail Sabri Yaakob’s future and the 15th general election.

The next thing to watch out is the Umno general assembly which begins on Wednesday (March 16) until Saturday (March 19).

The series of elections were pushed by the faction led by Umno president Ahmad Zahid Hamidi and the successes have allowed him to consolidate his position and pressure Umno vice president Ismail Sabri to call an early general election.

It is not in Ismail Sabri’s interest to hold early polls as he may not be reappointed as the prime minister.

Ahmad Zahid, as the Umno president, also hold the cards on fielding candidates for the general election – for which he is likely to ensure that the majority of them are loyal to him instead of Ismail Sabri.

Ismail Sabri pushed back against calls for early polls, stating that they are only favoured by a small group.

He also opened the door to extending the memorandum of understanding (MOU) with the opposition to prolong the life span of his fragile government.

Zahid slammed the proposal to extend the MOU. He could also use this week’s Umno general assembly to force Ismail Sabri’s hand.

If the Umno general assembly approves a motion calling for a general election this year, Ismail Sabri can no longer claim it is a demand by a “small group” and will be in an awkward position of going against the popular will of the party.

It Takes Two to Tango: Vietnam-US Relations in the New Context