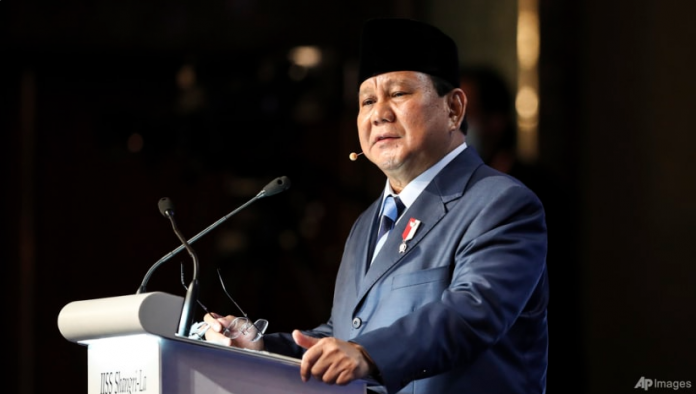 Indonesia’s General Elections Commission (KPU) officially registered political parties interested in contesting in the 2024 general elections from Aug 1 to 14. Even though the elections are about 18 months away, early manoeuvring has begun among the key parties jostling for the presidential election.

The most conspicuous alliance to emerge so far is that of Gerindra chairman Prabowo Subianto and National Awakening Party (PKB) chairman Muhaimin Iskandar. Their tandem registration with the KPU on Aug 8 and joint press conference, where Prabowo expressed his readiness to run for the third time as president while Muhaimin showed his enthusiasm to be Prabowo’s running mate, clearly threw down the gauntlet to the other parties.

This proposed Prabowo-Muhaimin ticket confirms the aspirational zeitgeist among party elites to ensure that their party’s nominations for the presidential and vice-presidential tickets in 2024 will almost exclusively go to party chairpersons or senior party cadres.

Although the KIB have not determined their presidential election nominees, they have stated on several occasions that they will prioritise the chairpersons of the KIB parties. Airlangga could benefit the most because Golkar currently has the most seats in the parliament and traditionally pulls in more votes than either PPP or PAN.

DEVELOPMENTS WITHIN PDI-P
Developments within the Democratic Party of Indonesia-Struggle (PDI-P) will bear watching, given that it is the largest party by parliamentary representation and the only one that can nominate presidential election candidates on its own.

At PDI-P’s National Assembly Meeting in June, chairwoman Megawati Sukarnoputri seemed to signal support for her daughter Puan Maharani rather than Ganjar Pranowo to be the party’s presidential election nominee, even though Puan is trailing far behind Ganjar in popularity polls.

Megawati has strongly rebuked cadres who leveraged their position in “two camps” (inside and outside the party) and even threatened to expel cadres who tried to do so.

Megawati pointedly asked Ganjar to read out the recommendations of the National Meeting, one of which was that the nomination of the presidential candidate was the prerogative of PDI-P’s chairperson. Megawati has asked Puan to represent PDI-P to explore forming a possible coalition with other party elites.

Many speculate that Ganjar’s chances of getting PDI-P’s nomination as a presidential candidate might be fading.

It is possible that at this early stage, Megawati is floating a test balloon. Even though Joko Widodo (Jokowi) was in a similar position as Ganjar back in 2014 and perhaps even more of a political unknown, Megawati and her party are pragmatic enough to recognise that an overwhelmingly popular presidential candidate is not an asset to be wilfully discarded, no matter how junior his status is within the party.

NON-PARTY FIGURES AS PRESIDENTIAL NOMINEES
Of the nine parties that currently have seats in the DPR, only NasDem has strongly signalled that non-party figures could be its nominees for the presidential election.

However, NasDem cannot nominate a presidential candidate on its own. Its vote-share falls far short of the required 20 per cent of parliamentary seats (or 25 per cent of total votes) that Indonesia’s stringent electoral rules stipulate.

Anies, Ganjar and Andika could all scramble in the coming months for a stronger party or coalition to back them up, unless Nasdem succeeds in joining two or more parties to reach the threshold for nomination. This explains why party leaders enjoy a distinct advantage over non-party figures in the race to secure PE nominations.

A POPULARITY CONTEST
In private, party leaders have lamented that their parties’ presidential candidate selection has been influenced disproportionately by polling numbers that focus mainly on popularity.

In the party elites’ view, it is the party that has the constitutional right to nominate the presidential and vice-presidential candidates. Many elites also believe that if they are their party’s presidential election candidate, their party will then be able to ride on their coattails to gain more votes during the general election.

If the party elites manage to freeze out the current frontrunners in the popular polls (except for Prabowo, who is still leading most polls) in 2024’s presidential election, this could mark a shifting zeitgeist in Indonesian politics.

Jokowi was an ordinary PDI-P cadre who, against the odds, became his party’s presidential candidate in 2014. Even Susilo Bambang Yudhoyono (SBY), who was a leader of the Democratic Party but not its chairman in the 2004 presidential election, was swept into power because of his popularity with the voters.

Both SBY and Jokowi defeated the chairpersons of major parties, which showed how mass popularity was a key factor in previous elections.

Key party figures will benefit if non-party candidates or popular ordinary cadres such as Anies, Ganjar and Ridwan Kamil fail to secure their party’s nomination. The party leaders appear to be using their veto power to secure these tickets for themselves.

Even if popular figures like Anies and Ganjar manage to secure support from any political party, it is likely that they will be forced to settle for the vice-presidential nomination. This is because, as things stand, the existing party leaders are mostly trailing non-party candidates in popularity.

PRABOWO AHEAD IN CURRENT POLLS
One credible survey shows that in a poll simulation among party leaders, Prabowo’s electability is still the highest at 38.2 per cent.

The numbers for the others are much less impressive: Democratic Party chairman Agus Harimurti Yudhoyono at 10 per cent, Megawati at 7.5 per cent, Puan at 5.7 per cent, and Muhaimin at just 4.6 per cent. The remaining party leaders secured even lower numbers.

Interestingly, 27 per cent of survey respondents could not answer when the simulated candidate names were limited to just party chairpersons.

Even though Prabowo is ahead in current polls, the party elites generally have high confidence that they can beat him in 2024. After all, Prabowo has run twice unsuccessfully as a presidential candidate in 2014 and 2019.

His popularity might also fluctuate in the coming months; there are already reports that potential voters have switched their preference to Anies or Ganjar. In recent simulation polls that include non-party or non-party elite candidates, many credible survey firms have found that Ganjar came up on top, with Anies coming in third.

Such a party elite-driven scenario can materialise as long as all party chairpersons act to deny nominating non-elite candidates like Ganjar or Anies for their party’s ticket.

However, if one party or coalition should renege on this unwritten understanding by nominating Anies or Ganjar as their presidential candidate, the other parties would be forced to find a popular figure, likely a non-party candidate, to have a fighting chance of winning the presidential election.

If this happens, then the aspirations of party leaders to dominate in the upcoming presidential election will be lost once again to the pressure of mass popularity contests.

It’s Time For Multiracial Political Parties In Malaysia: Towards A New Era In Malaysian Politics