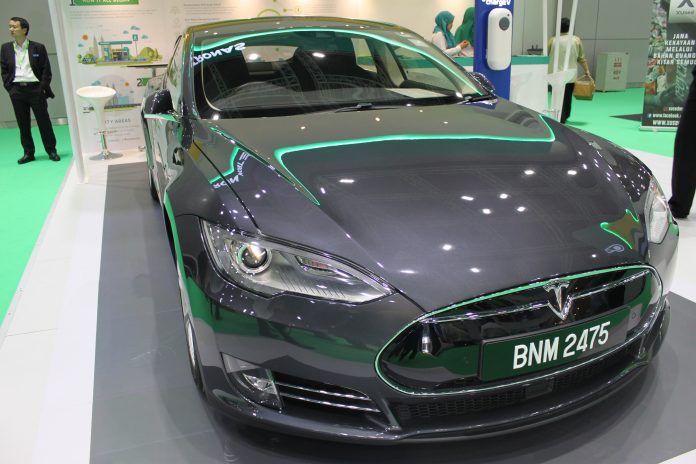 Malaysia has a long way to go before demand for electric vehicles will rise high enough to reduce carbon emissions, mainly because there is no concerted effort to build the charging infrastructure to support this switch.

The government’s push towards the use of electric vehicles (EVs) in Malaysia is motivated by the need to reduce carbon emissions, to draw in investments, and to create employment opportunities. Malaysia also needs to catch up with neighbouring automobile producers which are shifting their focus to EV production.

There are plans to expand the utilisation of electric buses and EV taxis as part of Malaysia’s efforts to encourage consumers and industry to shift from fossil fuels to electricity. However, despite improvements in public transportation, private transportation is still important due to commuters’ poor accessibility to public transportation.

The establishment of Proton and Perodua, under the national car policy in the 1980s, contributed towards the increase of car ownership. Low-cost versions of existing models from foreign technology partners produced by these companies were affordable and protected from foreign competition. Unsurprisingly, most Malaysians, including half of the poorest 10 per cent of households, can afford to own cars and continue to see private car ownership as a necessity.

EVs can penetrate the Malaysian market at a meaningful rate only if EVs enter the mass instead of niche market. Budget 2022 provided incentives to hasten EV adoption, such as exemptions from all import duties and excise taxes, but although such incentives reduce the price of EVs, they remain unaffordable for the average Malaysian. Now, EVs available range from just over RM150,000 (S$53,628) to almost RM700,000 (S$220,820) for individual buyers.

It is not the lack of technology that is delaying the announcement of when a budget EV can be sold in Malaysia. Perodua’s manufacturing arm is 51% owned by Japan’s Daihatsu, which in 2018 revamped its organisation to include an EV development team and an electric power train development team. In 2022, Astra Daihatsu Motor unveiled the “Daihatsu Ayla EV” concept at the Gaikindo Indonesia International Auto Show (GIIAS) near Jakarta. This model is the battery-powered version of the Daihatsu Ayla, which is Indonesia’s version of Perodua’s Axia (in Malaysia). The Perodua Axia costs RM24,090 (S$7,599)-RM43,190 (S$13,625). This shows that Perodua already has a technology partner which can produce a battery-powered version of a budget car.

Availability of a viable car model will not guarantee sales as Malaysian consumers’ demand for EVs is constrained by the lack of charging stations, which is needed to reduce consumers’ range anxieties. Studies have shown that consumers may be less willing to buy EVs if public charging stations are not readily available. Towards this end, Malaysia aims to establish 10,000 charging stations by 2025, compared to the paltry 1,000 currently available.

It is not the lack of technology that is delaying the announcement of when a budget EV can be sold in Malaysia.

While there is a target, however, there is no plan on how to achieve that many charging stations as it is left to the private sector to collaborate with Malaysian Green Technology and Climate Change Corporation (MGTC) on this matter. On its part, Tenaga Nasional Berhad (TNB) plans to set up charging stations along Malaysia’s highways and federal roads. The government is providing tax incentives to encourage the private sector to collaborate in developing Malaysia’s charging infrastructure.

There are small signs of progress. Petronas is starting to venture into charging infrastructure by collaborating with Mercedes-Benz Malaysia (MBM) and EV Connection (EVC). But it has currently built charging facilities only at 12 locations in Peninsular Malaysia, while Perodua has no announced plans.

Conveniently locating charging stations is also important for EV users. Field tests in Germany have shown that 80% of the charging is done at home or at work. Charging an EV at home overnight is considered the best option in terms of convenience because the car is left unused for an extended period while relatively low power loads are exerted on the grid. However, urban Malaysian residents living in apartments will not find it as convenient as those living in rural or suburban landed homes to charge their EVs. Charging facilities are unlikely in this type of housing due to landlords or building owners chafing at the high capital expenditure for installing such facilities and the substantial cost of overhauling a building’s sub-station, for older buildings with outdated power grids. There are currently no regulatory requirements for apartment buildings, car parks, and malls to provide charging infrastructure, which renders public charging facilities necessary, perhaps arguably even as public goods.

Since the question of demand for EVs, even when affordable, and the development of charging infrastructure appears to be a chicken and egg problem, Malaysia must strengthen both in tandem for EVs to eventually penetrate the mass market in the country./ BY THAM SIEW YEAN/ FULCRUM