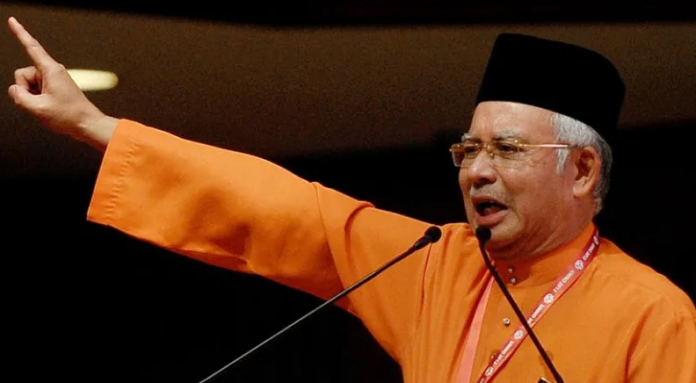 On 23 August 2022, Malaysia’s top court unanimously made Najib Razak the first former Malaysian prime minister to be jailed. It upheld his graft conviction and the 12-year jail sentence for looting investments from Malaysia’s 1MDB state fund.

The verdict concludes four years of legal manoeuvrings, delaying tactics and backroom interventions by Malaysia’s King and Prime Minister. There were even last-minute efforts to challenge the impartiality of Malaysia’s top judge, Chief Justice Tengku Maimun Tuan Mat, in order to remove her from the final appeal.

Although the Najib case was widely documented, both in court and in the press, the outcome was still unexpected to most observers. In 2020, in the run-up to his trial and after the reformist Pakatan Harapan (PH) coalition under former prime minister Mahathir, which defeated Najib in 2018, lost power, the influence of Najib and the United Malays National Organisation-led (UMNO) coalition resurged. When prosecutors in the scandal abruptly settled with key actors and dropped corruption charges against a close ally of Najib, he looked likely to escape conviction.

Then came the shock — the five-member panel of the Federal Court argued that Najib’s case was ‘a simple and straightforward case of abuse of power, criminal breach of trust and money laundering’. The Court declared the appeal ‘devoid of any merits’, stating that ‘the evidence … points overwhelmingly to guilt … so much so that it would have been a travesty of justice of the highest order … to find that the appellant is not guilty’. It found Najib guilty on all seven charges — validating the decisions of the trial judge and the Court of Appeal.

The verdict, remarkable in its clarity and assertiveness, focusses the spotlight on the Malaysian judiciary — an institution long thought to have succumbed to the executive. More than five decades of UMNO party dominanceand the constitutional crisis in 1988 raised doubts about the independence and professionalism of the judiciary — particularly in high-profile political cases.

Growing competitiveness in Malaysia’s political system since 2018 has given courts a much-needed stimulus. It has opened up space for judges to demonstrate their independence, particularly in cases where politicians are a party. Not only did the brief PH coalition government (2018–20) allow prosecutors to charge star political actors in the 1MDB scandal, but executive efforts to influence the judiciary have also become more difficult. Neither political camp has a firm grip on parliament — after all, three prime ministers have been elected in three years.

The composition of the Federal Court bench has also changed. Only 1 of the current bench of 13 judges was selected when Najib was prime minister. Another four judges were chosen by the current UMNO-led government, but the majority (the remaining eight) were appointed by the PH coalition government. Well-received appointments to the superior courts, including the Chief Justice, attest to the less visible but crucial role Malaysia’s independent Judicial Appointments Commission has played since 2003 in recruiting qualified judges.

There is also the strategic behaviour of the Federal Court itself. While Najib’s conviction continues to send shockwaves through Malaysia’s political class, the few public protests suggest that the verdict resonated well with the public. But there has still been an outpouring of support among ethnic Malays on social media.

Prime Minister Ismail Sabri Yaakob has brushed off calls for the dismissal of the Attorney General or an immediate royal pardon for Najib. The conviction might be helpful for an internally-weakened UMNO seeking to distance itself from the scandal ahead of a possible general election at the end of 2022.

Najib’s conviction has sent a clear signal that Malaysia’s judiciary led by Chief Justice Tengku Maimun is re-asserting itself as an independent institution. But whether Malaysia’s judges can stay the course is not yet clear. In early September 2022, Kuala Lumpur’s High Court sentenced Najib’s wife, Rosmah Mansor, to 10 years in jail and a fine of RM970 million (US$216 million) for seeking and receiving bribes in exchange for a government contract. But it remains to be seen if judicial impunity will eventually die a natural death.

Najib is seeking a review of the Federal Court verdict, claiming that the case was rushed and the verdict leaked. He claims this constituted ‘judicial misconduct of the highest order’. Indeed, these cases are fought as much in the court of public opinion as in courts of law. Public opinion could strengthen the efforts of his allies to seek a royal pardon and enable him to continue as a member of parliament. These efforts are being resisted by the current King, who is stepping down in 2024.

Many more cases of corruption and abuse of power by Malaysia’s political class are now reaching court dockets — including four more against Najib. How the Federal Court and Malaysian judges navigate the inevitable political pressure they bring will be critical for the judiciary’s institutional redemption and the future of the rule of law in Malaysia./ By Björn Dressel/ eurasiareview