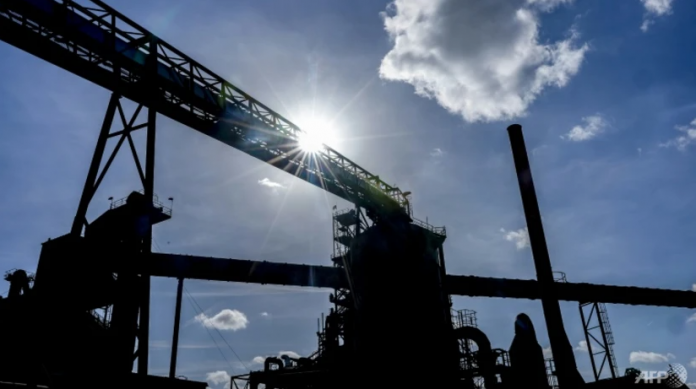 Southeast Asia is particularly vulnerable to an energy crisis given rapidly growing demand in the region, and should diversify its import sources, the head of the International Energy Agency (IEA) has warned.

Speaking to CNA on Tuesday (Oct 25) on the sidelines of the Singapore International Energy Week, IEA executive director Fatih Birol urged the region to learn from the unfolding crisis in Europe, where overreliance on Russian energy has left countries with high costs and supply issues.

He added that Southeast Asia should invest more in clean energy to reduce its long-term dependence on fossil fuels, which are prone to price fluctuations and could have adverse impacts on the countries’ economies.

SOUTHEAST ASIA’S NEXT STEPS
Dr Birol stressed that Southeast Asia should learn from the European experience and diversify its sources of energy imports, including for oil, gas and coal.

“Europe made a mistake, despite the IEA’s years of underlining and warning that you shouldn’t rely on one single major supplier for anything,” he said.

“The bulk of the gas, and a significant part of the oil, was coming from one single country, which is Russia.”

Due to the fallout from the conflict in Ukraine, Russian energy supplies have dwindled and European countries have struggled to find alternative solutions.

Germany reactivated a coal plant in August, and is ramping up coal imports to keep power stations running.

“It’s controlled by a few major energy exporters, and for political reasons or other reasons, they may change their minds and they can push the prices up. And your economy is completely vulnerable to the higher prices,” he said.

The best solution in such circumstances, said Dr Birol, is turning to clean energy options such as solar energy, hydropower and bioenergy – and using vehicles like electric cars.

OPTIMISM DURING CRISIS
The IEA, however, still believes that more sustainable and secure energy systems could come out of the ongoing crisis, said Dr Birol.

He said that various countries’ pivots to traditional fossil fuels are just temporary and immediate responses to the crisis, but do not alter the path to cleaner energy in the long term.

“For example, in Europe where I live, countries are now changing their policies for a short period and making use of coal, the dirtiest fuel. But these are short-term solutions,” he said, adding that there is overall still a major acceleration of clean energy adoption globally.

He pointed to the United States, Japan, Europe, India and China as examples where governments are giving tax incentives, subsidies and different types of support to encourage the use of renewable energy.

“When I look at the numbers, which we do at the IEA almost every day, I see that this year we are going to see an unprecedented growth in renewables – more than 20 per cent – which has never happened in history,” added Dr Birol.

He also noted a “huge” increase globally in the adoption of electric cars and suggested that soon, every second car sold in China, Europe and the US would be electric.

As a result of today’s energy crisis, said Dr Birol, “what we have is a turning point for a better, cleaner and more secure energy future at the end of the day”.

RUSSIA WORSE OFF
The ongoing energy crisis was triggered by Russia’s invasion of Ukraine, said Dr Birol, adding that it has left the country worse off moving forward.

“Russia is losing the energy war, and losing it badly,” he said.

In disrupting its ties with Europe, the country has lost its biggest market. Despite taking on new projects in places like China and India, Europe is a massive client that will be hard to replace.

Due to ongoing sanctions, Russia also no longer has the capabilities to efficiently collect and transport the oil and gas, as foreign firms with the necessary skill sets have left the country, said Dr Birol./ CNA