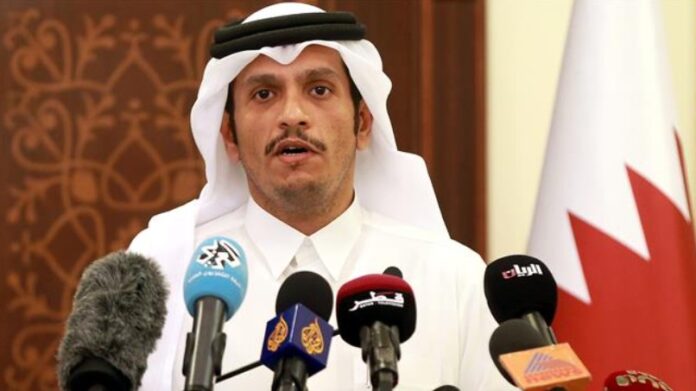 Speaking in an interview with Bloomberg television news network, Al Thani said the time was right for Doha to broker such talks, and that he has long called for a summit between leaders of the six-member council and Iranian officials.

He said his government was “hopeful that this would happen and we still believe this should happen.”

“This is also a desire that’s shared by other GCC countries,” the top Qatari diplomat said.

The comments come as US President-elect Joe Biden is gearing up to take the helm in the White House within the next few days. Biden has vowed during his presidential campaign that he would rejoin the 2015 Iran nuclear deal – officially known as the Joint Comprehensive Plan of Action (JCPOA) – and would upend President Donald Trump’s “maximum pressure” campaign against Tehran that won the support of Saudi Arabia and the United Arab Emirates (UAE).

Earlier this month, Saudi Arabia, the UAE, Bahrain and Egypt signed a declaration on the eve of the GCC leaders’ summit in the ancient desert city of Al-Ula, to ease a rift with Qatar, signaling the end of a three and a half year embargo of the energy-rich country.

In June 2017, the four countries accused Qatar, among other things, of supporting “terrorism” and having close ties to Iran, and severed economic and diplomatic ties. A blockade was also imposed by the four countries by land, sea and air.

Qatar repeatedly denied the claims and said there was no justification for severing relations.

Former Qatari Prime Minister Hamad bin Jassim bin Jaber Al Thani calls on Iran and the Persian Gulf Cooperation Council (GCC) member states to engage in talks amid the resolution of the Qatar crisis and the upcoming inauguration of a new US administration.
Al Thani went on to say that Doha was already supporting ongoing discussions between Iran and South Korea to secure the release of the MT Hankuk Chemi tanker, which Iran impounded in its territorial waters on January 4 for polluting the environment.

“Qatar will facilitate negotiations if asked by stake holders and will support whoever is chosen to do so,” he said. “We want the accomplishment, we want to see the deal happening.”

“Wherever it is, whoever it is conducting this negotiation, we will support them,” Al Thani noted.

Back on December 23 last year, the Qatari foreign minister called for a de-escalation of tensions in the Persian Gulf region and for dialogue between Arab countries and Iran.

Iran has backed talks and diplomacy as the viable solution to the persisting tensions in the Persian Gulf, expressing hope that the resolution of the diplomatic crisis with Qatar will contribute to the stability as well as the political and economic development of the regional nations.

President Hassan Rouhani unveiled Iran’s peace initiative to promote security in the Persian Gulf, dubbed Hormuz Peace Endeavor (HOPE), during his speech at the UN General Assembly in September 2019. The Iranian president invited all regional countries to participate in the initiative.

Last October, Iranian Foreign Minister Mohammad Javad Zarif stressed the importance of implementing the HOPE initiative, and called for collective cooperation among neighbors to establish “inclusive dialogue and security networking” in the region.

“Security is contingent on a reliance on our own peoples and cooperation with our own neighbors. We need collective efforts by regional countries to establish inclusive dialogue and security networking in this region,” Zarif told a virtual debate of the UN Security Council on October 20.

“Otherwise, we will all be engulfed in turmoil for generations to come,” he added, warning that turmoil in the region “will be everyone’s turmoil.”/presstv