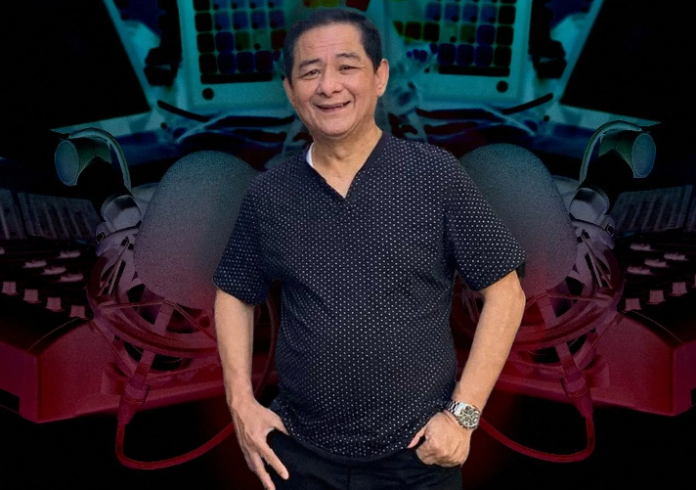 On October 3, as 63-year-old Percival Mabasa was pulling into his gated neighborhood in the Metro Manila community of Las Pinas, his car was hit from behind by a white Toyota Fortuner. He stopped briefly, only to have a gunman riding pillion on a motorcycle fire two bullets into his head, killing him instantly.

Mabasa was known professionally as Percy Lapid, hosting the radio program “Lapid Fire” on which he had been a tireless critic of Philippine government corruption through the administrations of recent presidents including Rodrigo Duterte and Ferdinand Marcos Jr, known as Bongbong or BBM.

As Lapid, Mabasa criticized the practice of red-tagging, in which the government encouraged the naming of journalists and dissenters perceived as leftists. He also repeatedly took on Duterte’s drug war, which has taken the lives of thousands of mostly poor and powerless drug users through extrajudicial killings by police and death squads with negligible effect on either illegal drug manufacture or import, or public usage. He practiced no-hold-barred journalism, going after corruption on all levels, most recently over a scandal in the Marcos administration’s Sugar Regulatory Administration, which led to the September resignation of Marcos’s executive secretary. He repeatedly excoriated prison officials for their performance.

Because of his reporting, authorities said there were as many as 150 suspects in his killing. But in fact, there is one particular suspect said to have been named by one of the gunmen. He is Gerald Bantag, the now-suspended director general of the Bureau of Corrections, and Percy Mabasa’s murder has become the biggest human rights challenge of Bongbong Marcos’s four-month-old regime.

As many as 10 Bureau of Corrections individuals are suspected of involvement in Mabasa’s murder. Marcos ordered Bantag’s suspension “to ensure the impartiality of the investigation” on October 21. But it isn’t impossible that Bantag could somehow vanish from the probe. Scores of journalists have been murdered with impunity over the years in the Philippines, with 196 counted dead since 1992 by the New York-based Committee to Protect Journalists and with depressingly few arrests.

If Bantag somehow does fade out of sight, unwelcome comparisons of Bongbong are inevitable with his father, the late strongman Ferdinand Marcos Sr, who was driven from the country in 1987 by public outrage after 21 years of misrule that saw 70,000 people jailed and 34,000 tortured. Amnesty International documented 3,240 peopled as murdered by the senior Marcos’ administration.

Bongbong’s human rights record and his performance with journalists so far is mediocre at best, as Asia Sentinel reported on October 13. Most notably, Senator Leila De Lima remains in detention at the army’s Camp Crame complex, having been jailed on drug charges by Duterte that since have been largely debunked by human rights organizations after she challenged his drug war. Pressure on the widely respected news portal Rappler and its publisher, the Nobel Prize-winning Maria Ressa, hasn’t let up. Marcos only issued a statement through an aide that he was “concerned” about Mabasa’s killing.

Nonetheless, “From everything that I’ve been told, Marcos is serious about going after those responsible for this killing,” said an expatriate country-risk analyst with long experience in Manila. “This will be a big test and challenge. He needs to keep the US onside so I suspect that he will do whatever is necessary to resolve this.”

The record of unsolved murders of journalists in the Philippines is depressing. At least 11 have been murdered in this decade, according to the New York-based Committee to Protect Journalists. The country is the site of the biggest single-day massacre of journalists in world history – 34 killed in the middle of a political feud on the island of Mindanao on November 29, 2009.

“From Duterte to Marcos Jr., the culture of impunity in the killing of journalists endures in the Philippines. Official rhetoric about protecting journalists hasn’t changed the situation on the ground, as reflected in the Philippines’ stubborn position on our Impunity Index,” said Shawn Crispin, the CPJ’s senior Southeast Asia representative. “If Marcos Jr. is serious about reversing his predecessor’s abysmal record in resolving media killings, he’ll prioritize achieving justice in the killing of journalist Percival Mabasa. The identification of suspects is a positive step but justice must be served for all those involved, including any current or former officials who may have masterminded Mabasa’s assassination due to his critical news reporting.”

The alleged gunman, one Joel Escorial, turned himself in on October 15 and implicated five others in the attack, saying they had been paid PHP550,000 (US$9,426 at current exchange rates), and that the order to kill Mabasa came from middle-man Cristito Villamor Palana (or Jun Villamor), an inmate in New Bilibid Prison, who ordered Escorial not to identify the person who ordered the hit or he would be killed.

Sure enough, Villamor died on October 18, of what was first described as natural causes. A second autopsy found he had been suffocated with a plastic bag over his head. Later, convicts acknowledged that four had held Villamor down while another put the plastic vegetable bag over his head.

According to local media, the alleged gunman told police Villamor said only that the alleged mastermind was an individual named “Bantag.” Following Villamor’s death, Escorial amended his sworn statement to include the name.

The Philippine National Police and the National Bureau of Investigation, the country’s top criminal investigation agency, are expected to name those involved in the murders on November 7, according to Justice Secretary Jesus Crispin Remulla, who said authorities would file murder to at least 10 individuals.

It would be tempting to believe that if Bantag and the others end up in the dock, the Philippines – under the son of the Ferdinand Marcos, who closed seven television stations, 16 national daily newspapers, 11 weekly magazines, 66 community newspapers, and 292 radio stations and arrested the country’s most prominent television and newspaper reporters, publishers, columnists, and media owners – would be on its way to deterring the impunity surrounding the murder of journalists that has dogged the country for decades.

But it’s more likely that authorities dug into the Lapid case because he was one of the capital’s most prominent radio journalists, and because the murder occurred in Manila, not the hinterlands. On September 18, another radio journalist named Ray Blanco was stabbed to death, making it two in the Marcos reign, in the city of Mabinay, 850 km south of Manila, with little public furor.

“Marcos Jr. has a historic opportunity to restore the Philippines’ position as a regional bastion of press freedom,” said CPJ’s Crispin. “We urge the president to use his executive authority to bring the killers of journalists to justice without prejudice or hesitation. His legacy as a democratically elected leader, one who bid to right the wrongs of both his father’s and Duterte’s authoritarian regimes, depends on it.”/ Asia Sentinel