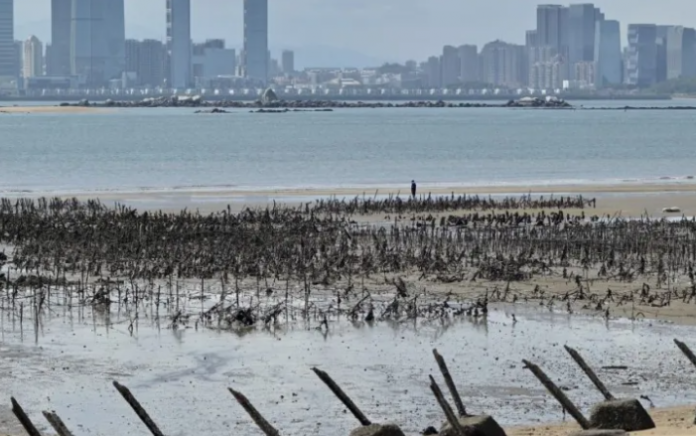 Washington and Beijing’s refusal to talk calmly to each other about the ongoing Taiwan crisis raises the stakes for Southeast Asia, which is already dealing with the repercussions of the chill between the great powers.

The Taiwan Strait crisis in 1995-1996 saw China and the U.S. drawing closer to the brink of conflict after the latter granted a visa to then-Taiwan president Lee Teng Hui to visit his alma mater Cornell University in June 1995. In July and August 1995, China launched missile ‘tests’ and live firing exercises in the waters surrounding Taiwan. The U.S. responded by deploying naval assets such as an amphibious assault ship and an aircraft carrier near Taiwan in the second half of 1995. In March 1996, China conducted more military exercises and lobbed missiles; the US responded by sending two carrier battle groups into the area.

After the crisis, Lieutenant-General Zhang Wannian, then senior vice chairman of China’s Central Military Commission, asked U.S. Admiral Joseph Prueher what the latter was thinking during the tense episode. Prueher’s answer: “I remember wishing I had your telephone number.”

History appears to be repeating itself. Last week into early this week, China staged a series of military exercises and live firings near Taiwan after Nancy Pelosi, the speaker of the U.S. House of Representatives, visited the island. On 6 August, Beijing announced that it had suspended military-to-military talks with Washington.

At its most elemental, this is serious. Prior to the latest Taiwan crisis, China and the U.S. had already clashed over many issues, ranging from the invasion of Ukraine to the South China Sea and their differing visions of regional order. A dearth of communications at this point would exacerbate tensions and raise the possibility of conflict.

High-level interactions prior to the current crisis were few and far between; when they happened, they were fraught with tension. Lloyd Austin, U.S. Secretary of Defense, met his Chinese counterpart Wei Fenghe at the Shangri-La Dialogue in June. They sparred over Taiwan but agreed to hold more talks.

U.S. Secretary of State Antony Blinken met Chinese Foreign Minister Wang Yi at the G20 meetings in Bali in early July. The talks were “constructive” but Blinken voiced concerns over Taiwan, Hong Kong and Ukraine. In late July, U.S. President Joseph Biden and Chinese leader Xi Jinping confronted each other on the phone over Taiwan and failed to close the gaps on other issues such as the war in Ukraine.

The strategic environment surrounding the latest Taiwan crisis is very different from that of the 1990s. In the words of a U.S. scholar, the 1996 Taiwan crisis was the “most choreographed of international crises, with the three major parties (Taiwan, China and the U.S.) seeing their principal needs met without tensions escalating into hostilities”.

A dearth of communications at this point would exacerbate tensions and raise the possibility of conflict.

Then, bilateral meetings were held at all levels, from the presidential (Bill Clinton and Jiang Zemin) down to the working level. A key meeting between Anthony Lake, then U.S. National Security Advisor, then Secretary of State Warren Christopher, and then Chinese Vice Foreign Minister Liu Huaqiu established the boundaries of anticipated actions and by doing so, minimised misunderstanding.

Essentially, both sides mapped out a modus operandi: no escalation by the People’s Liberation Army (PLA) against Taiwan in return for no show of support by the U.S. for Taiwanese independence. The risk of force-on-force contact was minimised. The Americans laid out clear boundaries for their forces: U.S. naval ships and military aircraft were instructed not to enter the Taiwan Strait nor interfere with PLA exercises. The Chinese took care to avoid hostilities with the Americans, undertaking not to fill the skies with air-superiority fighters, not to approach U.S. ships in the area, nor to employ electronic countermeasures against U.S. and allied surveillance activities.

The current Taiwan crisis has some shades of the restraint of 1996. The Chinese conducted their military exercises around Taiwan only after Pelosi’s visit and did not intercept her incoming flight (which the Americans had anyway re-routed to prevent such a scenario). In turn, the Americans refrained from transiting the Strait during the PLA drills and postponed a long-planned test of an Air Force intercontinental ballistic missile.

This time around, however, the limiting of communications between Beijing and Washington raises the possibility of misperception and misunderstanding.

Bonnie Glaser, director of the Asia Program at the U.S. German Marshall Fund, noted in a recent podcast that distrust between the two great powers is at an “all-time high”. While there are dialogues, they have been superficial “exchange of lists and talking points” rather than attempts at solving problems. Bill Klein, former chargé d’affaires at the U.S. Embassy in Beijing, noted in the same podcast that communications can lead to a deeper understanding of the other’s intentions and red lines, and facilitate better responses.

Granted, there are limits to what crisis communications can achieve. As RAND analyst Lyle Morris notes, China uses crisis communications such as hotlines to signal resolve and assign blame while the US sees them as means to de-conflict and de-escalate. Morris cites Kurt Campbell, Biden’s National Security Council Coordinator for the Indo-Pacific, who has noted that hotlines tend to “ring endlessly in empty rooms.”

In the eyes of the Chinese, President Biden’s statement that he would defend Taiwan indicates that the U.S. intends to sever Taiwan from the mainland. This time, the Chinese pushed the envelope by launching missiles over Taiwan. The six ‘closure zones’ around Taiwan (against just two in March 1996) indicate that the Chinese could be laying the ground for a future blockade of the island. The danger is that, with dialogue closed between Beijing and Washington, the two sides have no way of communicating their true intentions to each other.

Where does this leave ASEAN and other concerned regional states?

The truth of the matter is that the centrality of ASEAN-led regional architectures such as the East Asia Summit (EAS) — which includes all 10 ASEAN members, China, Russia and the U.S. — was already experiencing challenges prior to this latest crisis.

ASEAN managed to put out its first-ever statement on the Taiwan Strait issue, expressing concern about “regional volatility” and calling for “maximum restraint”. However, that does little to change how the grouping is increasingly a hostage to great power politics. During a recent EAS event in Phnom Penh, Chinese Foreign Minister Wang Yi and his Russian counterpart Sergei Lavrov walked out when it was Japanese Foreign Minister Yoshimasa Hayashi’s turn to speak, apparently because of Tokyo’s criticism of the PLA’s exercises near Taiwan. There was no Wang-Blinken bilateral meeting in Phnom Penh. To cap it off, Wang abruptly left the gala dinner – ASEAN’s traditional social event for all ASEAN and dialogue partners’ ministers – right before it started.

ASEAN has pulled out all the stops to get the U.S. and China to restart their dialogue. The two great powers need to play ball in the interest of regional stability. To rephrase the pithy aphorism by Winston Churchill: the lack of jaw jaw might raise the possibility of war war. BY WILLIAM CHOONG/ FULCRUM

Twitter
Telegram
Previous articleWhy US-China competition is heating up in the Pacific
Next articleTaiwan’s KMT: Between a Rock and a Hard Place