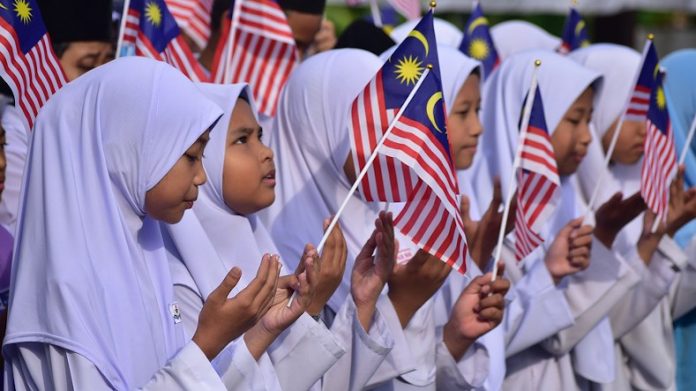 Long characterised by ‘stability’ and excessive concentration of power, Malaysia’s politics have become fluid and unpredictable. With elite compacts and agreements hammered out behind closed doors, the country now has public plot twists worthy of a Netflix series.

Until 2018, Malaysia was ruled by Barisan Nasional (BN), a multi-ethnic coalition led by the United Malays National Organisation (UMNO). That year, a perfect storm of discontent swept the coalition from power as anger against then-prime minister Najib Razak’s financial wrongdoings, the phasing out of key subsidies, and the imposition of a goods and services tax reached a crescendo. Splits among the Malay elite, as well as three-way contests pitting BN against the Malaysian Islamic Party, meant that the Pakatan Harapan coalition was able to expand into Peninsular Malaysia’s rural heartland for the first time.

Malaysia’s political institutions have since been in flux. After 22 months in power, Pakatan Harapan was brought down as two groups of MPs crossed the floor and formed an alliance with BN and the Malaysian Islamic Party. Pakatan Harapan’s prime minister, Mahathir Mohamad, was succeeded by Muhyiddin Yassin as the head of the new governing coalition, Perikatan Nasional, in March 2020.

An internal power struggle within this coalition followed, between Muhyiddin’s party, Bersatu, and UMNO, which eroded his legitimacy. Following a rebuke from the King, Muhyiddin made way for the current Prime Minister, Ismail Sabri Yaakob in August 2021. In a country where long prime ministerial tenures have been the norm, this level of unpredictability of the political leadership is unprecedented.

UMNO is hell-bent on returning to what it sees as its rightful position at the apex of national power. Following two years in the political wilderness after its 2018 defeat, the party wrangled a secondary position in Muhyiddin’s Perikatan Nasional administration. In the following months UMNO President Zahid Hamidi and Najib Razak pushed for more power to be given to their party. This was achieved in August 2021, as Ismail Sabri and other party members were rewarded with choice cabinet positions.

UMNO chafes at being in a wider coalition where it is not the uncontested leader. Senior leaders are pushing for early elections — arguing that the country wants political stability over frequent leadership changes. Despite the dramatic defeat that left Najib’s and UMNO’s reputation in tatters, the grand old party is selling its old formula — Malay dominance and traditional patronage politics. Although it lost comprehensively in 2018, UMNO has not undergone any internal reform. Najib has even enjoyed a resurgence of popularity.

Still, a significant group in the UMNO leadership is facing court cases for corruption, money laundering and criminal breach of trust. Launched in the early days of the Pakatan Harapan administration, these processes are wending their way through the legal system.

For some, notably Najib, the first of these is nearing its final denouement, and Zahid’s own legal travails are mounting. The exposure of evidence in the process has meant that Zahid, Najib, and other leaders have been barred from cabinet positions.

Yet this clique retains a formidable degree of control over the UMNO party machinery. Measures enacted by Tunku Abdul Rahman and Mahathir during their tenures as heads of the party mean that the UMNO President wields inordinate power, including over the selection of parliamentary and state assembly candidates. By going for snap elections, they hope that a solid majority will melt away their legal travails.

The problem for the UMNO ‘old guard’ is that while the prime minister’s post is held by one of their own, Ismail Sabri has his own interests in play. He enjoys good rapport with key leaders in Muhyiddin’s Perikatan Nasional coalition, but Mohamad Hasan, the UMNO Deputy President, could take his place.

How likely is BN to sweep to power if a general election were to be held soon? State election results in Melaka and Johor (in October 2021 and February 2022) offer insight on this question. UMNO did very well in both by recovering most of the seats it lost in 2018, with BN receiving about the same number of votes as it did in 2018. While there is little excitement about BN, the result shows the strength of the coalition’s election machinery in mobilising people to vote.

There is a distinct lack of enthusiasm for Pakatan Harapan. The corruption issues associated with that year’s election have been replaced by escalating cost-of-living concerns. The coalition’s leaders are no longer fresh and voters have memories of unrealised campaign pledges. Without a compelling message, many voters simply stayed at home.

Muhyiddin’s Perikatan Nasional performed credibly in the Melaka and Johor elections, notching up almost a quarter of the votes. Perikatan Nasional has traction among Malay urbanites in key seats that are not attracted to Pakatan Harapan but are sensitive to BN’s perceived financial misdeeds. Yet this performance only translated into a handful of seats won because of Malaysia’s first-past-the-post electoral system.

Rather than a dynamic duel between two coalitions, Malaysia’s politics now has three groupings in the running. All three coalitions are headed by well-known faces that do not offer much in the way of innovation or reform. Its experience and resources, make BN the best placed of the three.

Barring unexpected developments, BN looks set to return to power by itself — unreformed and unrepentant.

Source: This article was published by East Asia Forum