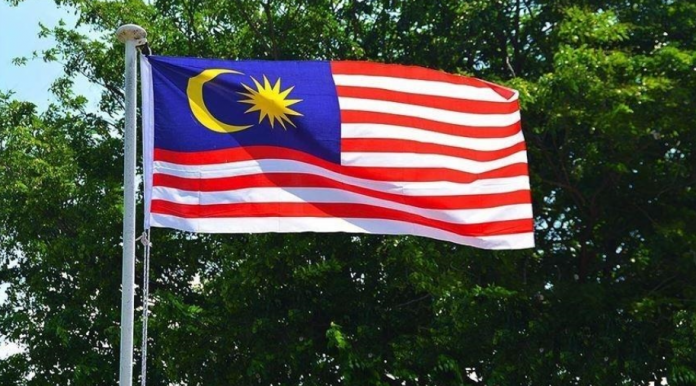 Only a small number of Malaysian states are likely to hold their state elections in tandem with the national election. This might not be a bad thing, since more attention might be put on local issues and the quality of state governments.

Following the dissolution of Parliament on 10 October, Malaysia’s 15th parliamentary election must be held within sixty days of that date. The impending monsoon season means it is likely that the Election Commission will opt to hold the polls in the first half of November.

For civil servants, election workers, and the public at large, preparing for parliamentary elections is a nerve-wracking affair. It is part and parcel of Malaysia’s Westminster system which allows the prime minister to call for elections at any point within a maximum five-year term. This complication is compounded by the country’s federal system, whose state assemblies follow the same rules — paving the way for an unpredictable procession of polls.

One practice that has reduced this complexity has been the generalised practice that, with the exception of Sarawak, the rest of Malaysia’s thirteen state governments have held their elections concurrently with federal polls. Rather than commandeering schools and election workers on two separate occasions for each state, the polling machinery is used just once and voters indicate their choices for Parliament and their respective state assembly.

As with so much of Malaysia’s political life, things have got more fluid since 2018, when the opposition coalition Pakatan Harapan (PH) toppled the incumbent Barisan Nasional (BN). Along with seizing control of the federal government, PH expanded from its strongholds of Selangor and Penang to secure a swathe of states in peninsular Malaysia from Johor to Kedah as well as Sabah due to an alliance with Parti Warisan. Parti Islam SeMalaysia (PAS), the Islamic party, spread out from its Kelantan redoubt into Terengganu, and while the Sarawak administration remained in power it left BN to become independent.

Following the Sheraton Move in late February 2020 which saw PH fall from power, many of these states reverted to Barisan Nasional or the newly-minted Perikatan Nasional coalition. Narrow majorities and internal tensions within the ruling coalitions led to early elections in Sabah in 2020, Melaka in 2021, and Johor in 2022. For its part, Sarawak followed its own electoral cycle, holding its state election in late 2021.

In his national address on 10 October, prime minister Ismail Sabri Yaakob called on all states except these four to hold their own elections in tandem with national polls in order to increase efficiency and reduce costs. In an interesting twist, state governments helmed by PH (Selangor, Negri Sembilan, and Penang) as well as those led by PAS (Kedah, Kelantan, and Terengganu) have stated that they will not hold elections at this time. It is quite likely that only the BN-led states of Pahang, Perak, and Perlis will follow Ismail Sabri’s directive.

There are several reasons for non-BN led states to sit the elections out. First, there is no reason for these state governments to lose the better part of a year out of a five-year term. Allowing for sixty days following possible dissolutions in mid-2023, their elections could be held in August or September next year. Second, following a particularly drastic flooding season in 2021, policymakers in many of these states — which are particularly prone to flooding — have little political capital to gain by going with the flow.

Furthermore, holding state elections after parliamentary elections constitutes a strategic opportunity for incumbent governments. Given that the electorate is the same, they can scrutinise the results of the parliamentary elections for trends in voter behaviour — not least the legions of young Malaysians that will be voting for the first time. This data will provide valuable insights on voting patterns that can be used to shore up weak spots, roll out initiatives, and tailor campaign materials for the state election.

Given that Malaysia’s excessively rigid political parties prevent the rise of younger and more dynamic politicians at the central level, state governments can provide an alternative launching pad for leaders.

There are risks with this strategy. Running against a BN that is only partly in control of the federal government machinery is different from one that may be fully in control following the next parliamentary election. If there is also light flooding this year, the decision to sit out the elections may be criticised on cost grounds. And, perhaps most significantly, those states that depend on large numbers of out-station voters to return to vote will not be able to count on them returning for a state election. As of now, the Penang government is the only PH-led state that is reconsidering the decision to hold state elections next year. While states like Kelantan and Terengganu have significant numbers of residents working elsewhere in the country, Penangites have long been known to go overseas for work.

So, in addition to year-end elections and potentially long and complex post-election negotiations to secure a parliamentary majority, it is likely that election season will extend into next year. While this is more complex and expensive, in the long term this development is good for the country. Separate state elections increase the attention paid to local issues and the quality of state governments and add another facet to Malaysian identity beyond ethnicity and religion.

Were this to be bolstered by reforms to ensure full terms at the parliamentary and state levels, policymakers would be more secure to pilot new measures. Given that Malaysia’s excessively rigid political parties prevent the rise of younger and more dynamic politicians at the central level, state governments can provide an alternative launching pad for leaders. In years to come, the country may look more like Indonesia, with ambitious policymakers opting to build their careers away from federal office before running for the top job./ BY FRANCIS E. HUTCHINSON/ FULCRUM