HomePoliticsDrawing South Asia Into The US Defense Perimeter
Politics

Drawing South Asia Into The US Defense Perimeter 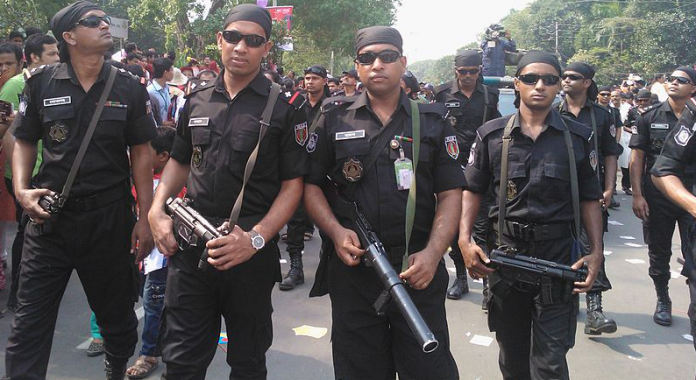 To increase its footprint in South Asia, the US is trying to inveigle the weaker countries in the region into accepting economic aid programs and defense deals cleverly packaged as non-warlike programs of cooperation.

These are programs like the Millennium Challenge Corporation Compact (MCC), the Acquisition and Cross Services Agreement (ACSA), the Status of Forces Agreement (SOFA), and the General Security of Military Information Agreement (GSOMIA). Apart from these, the US and the West force countries to bend to US interests by raking up human rights issues and fostering civil unrest on grounds of upholding human rights.

The US and the West have raised human rights violations in Sri Lanka and Bangladesh in the UN Human Rights Council (UNHRC) and tried to force the MCC grant on Sri Lanka and Nepal. Simultaneously, the US has tried to arm-twist these countries into signing defense deals clothed in innocent-looking packages such as ACSA and SOFA.

It failed to impose the MCC compact on Sri Lanka and but succeeded in Nepal. It is trying to get Bangladesh to sign into ACSA and GSOMIA. In Pakistan, former Prime Minister Imran Khan had charged that a top US State Department official, Donald Lu, had warned of consequences to Pakistan if Khan remained Prime Minister. Khan linked his ouster caused by defections of his party men in the National Assembly to the ominous US warning.

The US is currently applying this strategy in Bangladesh, a fiercely independent-minded country which is under the leadership of Prime Minister Sheikh Hasina. The UNHRC has been activated on issues such as involuntary disappearances and alleged suppression of human rights organizations and activists in Bangladesh. On June 27, 2022, the Office of the High Commissioner for Human Rights (OHCHR) wrote to the Permanent Mission of Bangladesh in New York to say that the OHCHR is compiling a report on “cooperation with the United Nations, its representatives and mechanisms in the field of human rights.” The letter sought inputs from the mission by July 15.

The OHCHR’s draft report on Bangladesh had said that on February 21, 2022, Special Procedures Mandate holders addressed allegations of intimidation and harassment of relatives of disappeared persons, human rights defenders and civil society organizations. It alleged that between December 2021 and February 2022, the authorities “raided” some homes of the disappeared and intimidated the relatives. On March 14, 2022 the mandate holders called on the authorities to cease “reprisals” against the relatives for talking to the mandate holders as this could have a “chilling effect” on others wanting to testify. The Bangladesh government replied that it was investigating, along with the UN Working Group on Enforced or Involuntary Disappearances, 76 cases. Since it did not have any data on the said cases, it had to visit these homes to get information. There was no ulterior motive. On February 5, 2022, the Bangladesh Foreign Minister A.K.Abdul Momen told the media that “certain UN bodies transmitted to the government an inaccurate list of disappeared people.”

The OHCHR document also referred to the persecution of the rights organization Odhikar and its Secretary Adilur Rahman Khan and Director Nasiruddin Elan. They had been accused of anti-State activities. Odhikar’s bank accounts were frozen under a 2016 Act. In December 2021, the mandate holders addressed the issue of Khan and Elan relating to a 2013 case against them under the Information and Technology Act of 2006. But this was of no avail.

On December 10, 2020, the US Treasury imposed sanctions on the Rapid Action Battalion (RAB) a counter-terrorism and anti-drug trafficking force. Seven of its current and former officers were sanctioned due to “serious human rights violations” including engineering involuntary disappearances of political opponents.

But Bangladesh described the allegations as “outlandish”. Bangladeshis pointed out that several Western countries had provided support to RAB and worked closely with it as they viewed RAB as a key force against terrorism. In 2009, the US Ambassador in Dhaka, James Moriarty, had described RAB as the “country’s premier counterterrorism force” and opined that it is “best positioned to one day become a Bangladeshi version of the US Federal Bureau of Investigation.”

In March 2022, the US reiterated that it will not lift the ban on RAB, shunning Bangladesh’s appeals. US Ambassador Peter Haas said: ” There is no scope for repeal of sanctions against the Rapid Action Battalion without concrete action and accountability. We want to see a RAB that remains effective at combatting terrorism, but that it does so while respecting basic human rights.”

Despite an overt sympathy for the 1.1 million Rohingya refugees from Myanmar living in Bangladesh, and Secretary of State Antony Blinken’s May 2021 announcement of a grant of US$ 155 million for refugee welfare, Bangladeshis complain that the US has done precious little to get the Myanmar junta to take back the refugee repatriation as per the 2017 agreement between Bangladesh and Myanmar’s former civilian government. On the contrary, Margaret Daugherty, a member of the Senate Foreign Relations Committee, went to the largest refugee camp in Katupalong in Cox’s Bazaar on February 13, 2020 and asked refugee leader, Razia Sultana, to boycott the Repatriation Agreement in the “absence of guarantees of safety in Myanmar.”

Bangladesh views the issue very differently from the US. In its view, there is a threat of drug trafficking and Islamic radicalism emanating from the refugee camps. Bangladesh desperately wants repatriation, not grants to maintain refugees in the country. According to The Daily Star, the Western powers’ and the UN’s disassociation from the repatriation process is due to Myanmar’s influence over them.

Nevertheless, the US appears to have a deep interest in the refugees for reasons not clear yet. US and Western missions paid frequent visits to the Rohingya refugee camps in September, October and November 2021. They are also intrigued by the US Embassy’s signing a lease agreement with a hotel in Cox Bazaar for five exclusive and completely sealed off underground car parks with surveillance equipped supplied by the embassy.

Attempt to Sign Defense Pacts
Even as the ban on RAB was on, the US had been pressing Bangladesh to join the anti-China QUAD, and also GSOMIA and ACSA.

US officials say that GSOMIA is a “reciprocal legally-binding agreement that ensures governments understand and commit to protecting classified military information. The GSOMIA does not obligate governments to share classified information or material. It ensures protection of the information shared by partner governments.”

On ACSA, they say that its purpose is to allow US and partner nations’ forces procure and pay for common types of supplies and services. It could cover everything from food, water, clothing, transportation, training, petroleum, ammunition, maintenance to medical services.

“The agreement does not in any way commit a partner nation to military action nor does it authorize stationing of ships, aircraft or military personnel in foreign countries. It only serves to simplify procurement agreement, logistic support, supplies, and services between partner forces,” US officials said.

Asked if the defense agreements were meant to promote Indo-Pacific Strategy (IPS) or counter China, an US official said that the US was only responding to requests from Bangladesh. The US has provided US$ 5.3 million to cover the total cost of procurement and delivery of five Metal Shark boats to support the maritime security objectives of the Bangladesh Navy. The US also provided US$ 3.3 million to send 233 members of the Bangladesh military to attend various military professionalization courses in the US and the wider Indo-Pacific region, US officials said.

But Bangladesh is reportedly not inclined to accept the drafts of the agreements proposed by the US, though it is seeking to buy advanced equipment from the US as part of its goal to modernize its military by 2030. Bangladesh is also disinclined to join QUAD. Dhaka’s case is that QUAD should be an economic alliance not directed against any country (in this case China, which is a major investor in Bangladesh). But Quad’s economic component is still only a vague idea.By P. K. Balachandran/ eruasiareview

Commentary: No easy path to recovery for Sri Lanka