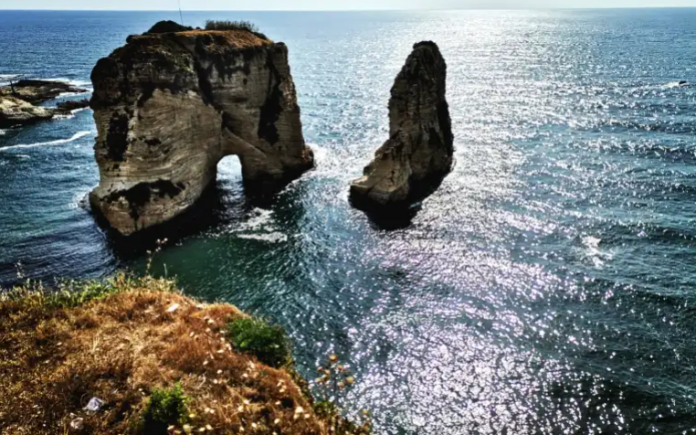 “How can I write about Beirut?”

So begins the Lebanese civil war memoir Beirut Fragments by Jean Said Makdisi – Jerusalem-born Palestinian scholar, longtime Beirut resident, and sister of the late Edward Said – which was published in 1990 at the end of the 15-year conflict.

Expanding on her introductory question, Said Makdisi wonders how she can “collect it all into one volume: the years of pain; of watching a world collapse” – and how to express her “strange love for this mutilated city [and] the lingering magic of the place that has kept me and so many other clinging to its wreckage”.

Some 32 years later, on May 31, 2022, I myself would arrive back in Lebanon – one of my regular pre-pandemic international destinations – following an absence of more than three years. By the end of my 10-day visit, I, too, was faced with the conundrum: “How can I write about Beirut?”

Granted, I am writing from a vastly disparate position: I am American, not Lebanese nor Arab, and have never spent more than a few months at a time in the country since my inaugural visit in September of 2006, when my friend Amelia and I hitchhiked through the wreckage of that summer’s assault by neighbouring Israel. The Israeli military had also caused disproportionate wreckage during Lebanon’s not-so-civil war, and had killed tens of thousands of people with the help of moral and material support from the United States.

And just as I did not have to experience “years of pain” or watch “a world collapse”, I am not entitled to opine about “lingering magic”. To be sure, the last thing Lebanon needs is further bombardment by Orientalist cliché; it is no surprise that Edward Said chose to begin his seminal book Orientalism with the lamentations of a French journalist who, descending upon Beirut during the civil war, “wrote regretfully of the gutted downtown area that ‘it had once seemed to belong to … the Orient of Chateaubriand and Nerval’”.

By the time of my visit in 2006, however, the downtown area had been “gutted” in a different way. Under the guise of national reconciliation, this former demarcation between “East” and “West” Beirut had been converted into a categorically elite space – a sterile ode to astronomical wealth that serves as a dividing line between haves and have-nots and a reminder that, from a socioeconomic perspective, the war never ended.

Other sections of the city had recently been more literally gutted by the Israeli military, and the southern suburbs of Dahiyeh – known in the imperialist-Zionist lexicon as the “Hezbollah stronghold” – featured gaping craters where apartment blocks had previously stood. Hitchhiking through the area, Amelia and I were picked up by Muhammad, a Dahiyeh resident, who had spent much of the summer extricating corpses from the rubble and who amiably invited us to iftar dinner at his family’s home. His mother plied us with cigarettes, and his sisters took us shopping for imitation designer spike heels studded with fake diamonds, which, it turned out, we were unable to walk in even in non-rubble-dominated landscapes.

After 2006, I returned to Lebanon countless times during the eternal peregrinations that substituted for any sort of fixed residence or attachment to my own abhorrent homeland. And when I arrived on May 31 of this year, Beirut was, shall we say, as fragmented as ever.

For starters, the city has yet to recover from the August 2020 port explosion that killed more than 200 people and reportedly rendered some 300,000 homeless. Among the worst affected areas was the impoverished Karantina neighbourhood next to the port – also the site of one of the more notorious massacres of the civil war, in which right-wing Christian militias slaughtered Palestinian refugees and other slum inhabitants.

Also heavily affected was nearby Mar Mikhael – defined by TimeOut London as “Beirut’s coolest neighbourhood” – where, relevant local tragedy notwithstanding, a trendy upscale “fusion pub-restaurant” opened in the aftermath of the explosion bearing the aneurysm-inducing name “Favela”, the popular Brazilian term for slum.

According to the website of the establishment, which I discovered while surveying the lingering blast damage during my first few days back in Beirut, Favela was “built by the people for the people!”, and is a “new concept … that represents the struggle and beauty of a city that has been built time and time again against all odds!” Never mind that – Muslim religious proscriptions on alcohol aside – most “people” cannot afford to be partaking of fancy cocktails in a country where no less than 82 percent of the population is living in “multidimensional poverty”, according to a September 2021 report by the United Nations.

Then again, that is capitalism for you.

Indeed, as if the pandemic and the port explosion were not sufficient “odds” to contend with, Lebanon is now in the throes of economic Armageddon; in June 2021, the World Bank warned that the Lebanese financial crisis was “likely to rank in the top 10, possibly top 3, most severe crises episodes globally since the mid-nineteenth century”.

At the time of my visit, workers who had previously earned a minimum wage equivalent to $450 per month were earning the equivalent of scarcely over $20 per month. And yet the price of a 20-litre jug of potable water was almost $2, and a kilo of meat cost more than $13. A coronavirus test would set you back between $5 and $8, a tank of gas at least $50.

Palestinian and Syrian refugees, too, are faced with the predicament of having taken “refuge” in a nightmare.

It is, as Said Makdisi wrote 32 years ago, a “mutilated city”.

I stayed with a friend in the former so-called “West Beirut”, not far from the American University of Beirut and overlooking the seaside Lebanese military club. My friend, who is paid in dollars rather than Lebanese lira and is relentlessly cognisant of his relative privilege, picked me up from the airport the night I flew in. In response to my question of why I had not had to fill out the usual immigration card upon arrival, he speculated that it was because Lebanon had run out of paper.

The drive to his apartment was mostly dark. Unlike most of the rest of the country, Beirut had previously received 21 hours of state electricity per day; now it was receiving approximately one. The rest was supplied by generators, if your dwelling happened to be hooked up to such a device – incurring fees, of course, that were many, many, many times over the minimum wage. The traffic lights were all out, although my friend remarked that, for a time at some intersections, all three circles would light up simultaneously – green, yellow, red – before the operation ceased to function entirely.

My friend’s parents, who had lived through various stretches of the civil war, refused to leave the country, even as the fragmentation of Beirut turned to apparent self-combustion. My friend despaired continuously over their intransigence, particularly given his father’s medical treatments that required doctors and electricity, both of which were in increasingly short supply in the country.

At 2am, just as I was going to sleep on my first night back in Beirut in three years, the lights switched on. The state electricity had arrived.

On a subsequent night in the city – the same night I happened upon Favela – I would re-encounter Beirut’s infamous electricity building itself, also located in Mar Mikhael, the monstrous Electricité du Liban, now fittingly ensconced in darkness and with windows still blown out from the port blast.

In the daylight, I came across a book in the library of my friend’s parents: Death Of A Country: The Civil War in Lebanon, authored by then-correspondent for the Daily Telegraph, John Bulloch, and published in 1977 – which, mind you, was 13 years before the official end of the civil war.

But how many times does Lebanon have to die?

At least during the civil war, there was the expectation that it would all eventually come to an end, as wars do.

Now, it is difficult to write about Beirut in a way that is not fragmented. I can write about the economic apocalypse and political depravity. But I can also write about pink flowers against the sea, or Ottoman-era buildings that have defied demolition, or the smell of jasmine that reminds me of Hassan, a Palestinian-Lebanese man whom Amelia and I met hitchhiking in 2006 and with whom I reconnected on numerous subsequent visits.

Hassan’s father had been born in a village near Nazareth and had arrived in Lebanon in 1948 – a victim of Israel’s massively bloody “independence” from the people on whose land it was establishing its state. Ineligible for most jobs in Lebanon – not to mention basic rights – on account of his Palestinian status, Hassan would spend years enmeshed in the armed struggle to liberate Lebanon from Israeli occupation, which ended in 2000.

In spite of my own country’s repeated bloodthirsty contributions to Israel’s regional endeavours and his refugee status, Hassan hosted, fed, and generally put up with me for weeks on end over the years. At one point, we were married by a sheikh – part of a scheme we had concocted, over far too much wine, to procure him a US passport with which he could travel to visit his father’s remaining family members in Palestine.

This plan failed miserably, but in Beirut in May 2008, when Lebanon descended into an abbreviated civil war, Hassan presented me with a string of jasmine that worked equally well for wrists, necks, and rearview mirrors – and from that moment on, for some reason, I have never smelled jasmine without inhaling maniacally through my nose and transporting myself to Beirut 2008.

We were not far from the city’s iconic Pigeon Rocks, and the landscape was deserted aside from the jasmine vendor and assorted militant types. Hassan and I remained in contact until 2016, after which I heard nothing more from him. This year, I bought a string of jasmine by the Pigeon Rocks, but I still do not know how to write about Beirut – perhaps because there is too much to say. ALJAZEERA