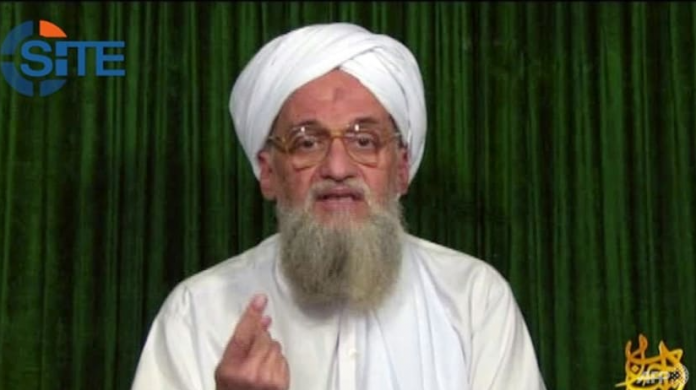 US President Joe Biden announced on Monday (Aug 1) that the United States had killed Al-Qaeda chief Ayman al-Zawahiri, one of the world’s most wanted terrorists and suspected mastermind of the September 11, 2001 attacks.

In a televised address, Biden said the strike in Kabul, Afghanistan had been carried out on Saturday. “I gave the final approval to go get him,” he said, adding that there had been no civilian casualties.

“Justice has been delivered and this terrorist leader is no more,” Biden said.

He added that he hoped this will help bring “closure” to families of those killed in the Sep 11, 2001 attacks.

“It is my hope that this decisive action will bring one more measure of closure,” he said.

A senior administration official said Zawahiri had been killed on the balcony of a house in Kabul in a drone strike, and that there had been no US boots on the ground in Afghanistan.

The official said that Zawahiri’s presence in the Afghan capital Kabul was a “clear violation” of a deal the Taliban had signed with the US in Doha in 2020 that paved the way for the US withdrawal from Afghanistan.

“We expect them to abide by the terms of the Doha agreement. And the presence of Zawahiri in downtown Kabul was a clear violation of that,” the senior administration official said.

“Going forward with the Taliban we’ll continue to hold them accountable.”

It was the first known over-the-horizon strike by the United States on an Al-Qaeda target in Afghanistan since American forces withdrew from the country on Aug 31, 2021.

Zawahiri, an Egyptian surgeon who grew up in a comfortable Cairo household before turning to violent radicalism, had been on the run for 20 years since the 9/11 attacks that killed nearly 3,000 people in the United States.

He took over Al-Qaeda after Osama bin Laden was killed by US special forces in Pakistan in 2011, and had a $25 million US bounty on his head.

There were rumours of Zawahiri’s death several times in recent years, and he was long reported to have been in poor health.

With other senior Al-Qaeda members, Zawahiri is believed to have also plotted the Oct 12, 2000, attack on the USS Cole naval vessel in Yemen which killed 17 US sailors and injured more than 30 others, the Rewards for Justice website said.

He was indicted in the United States for his role in the Aug 7, 1998, bombings of the US embassies in Kenya and Tanzania that killed 224 people and wounded more than 5,000 others.

Zawahiri’s whereabouts – variously rumoured to be in Pakistan’s tribal area or inside Afghanistan – had been unknown until the strike.

A video released in April in which he praised an Indian Muslim woman for defying a ban on wearing an Islamic head scarf dispelled rumors that he had died.

Over the weekend the Afghan interior ministry denied reports circulating on social media of a drone strike in Kabul, telling AFP a rocket struck “an empty house” in the capital, causing no casualties.

Early Tuesday in Kabul, however, Taliban spokesman Zabihullah Mujahid tweeted that an “aerial attack” was carried out on a residence in the Sherpur area of the city.

“The nature of the incident was not revealed at first. The security and intelligence agencies of the Islamic Emirate investigated the incident and found in their preliminary investigations that the attack was carried out by American drones,” his tweet said. CNA