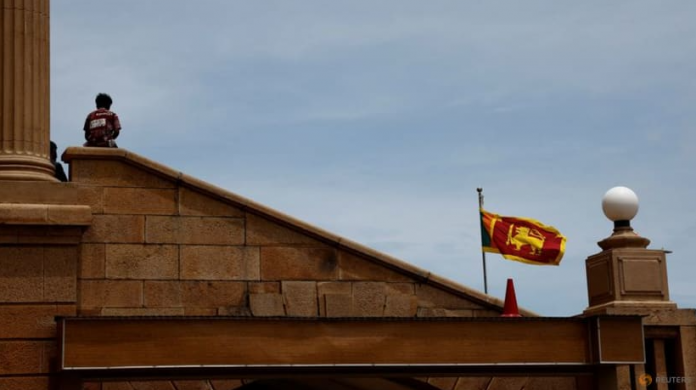 Sri Lanka’s acting President Ranil Wickremesinghe gazetted orders late on Sunday (Jul 17) for a state of emergency in the crisis-ridden island nation, in an effort to head off unrest ahead of a vote in parliament later this week to elect a new president.

Sri Lanka’s beleaguered leaders have imposed a state of emergency several times since April, when public protests took hold against the government’s handling of a deepening economic crisis and a persistent shortage of essentials.

“It is expedient, so to do, in the interests of public security, the protection of public order and the maintenance of supplies and services essential to the life of the community,” the notification stated.

Security stand guard outside the Parliament building, amid the country’s economic crisis, in Colombo, Sri Lanka. (Photo: Reuters/Adnan Abidi)
Wickremesinghe had announced a state of emergency last week, after president Gotabaya Rajapaksa fled the country to escape a popular uprising against his government.

It was unclear whether that order been withdrawn or had lapsed, or whether Wickremesinghe had reissued the order in his capacity as acting president, having been sworn in on Jul 15. A spokesman for Wickremesinghe’s office did not respond to Reuters request for comment. CNA

The Growing Tech Focus of the Quad