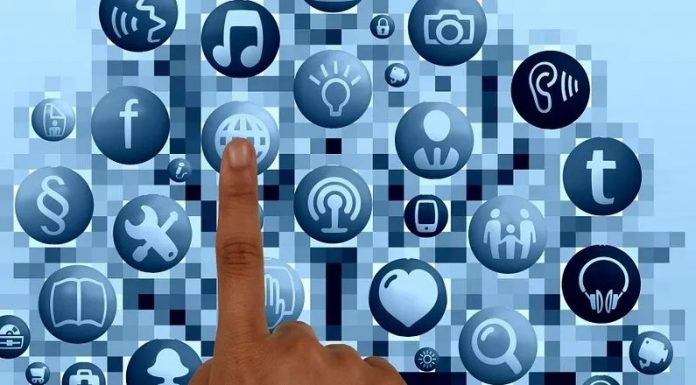 This phenomenon can be explained by many factors, such as the rise of xenophobic populist movements in reaction to immigration, cultural change, the decline in job and economic security after the 2008 financial crisis, the opposition to globalization, and the loss of sovereignty. The Covid-19 pandemic has further compounded these problems. Unregulated social media is fueling these sentiments in masses because of information chaos and fake news which create an alternative reality by shaping public opinion on divisive slogans.

Facebook, Twitter, and Google are termed by some scholars as “the Fifth Estate” because they have replaced the traditional news outlets as the main places where people go to get their news. They now have the power to shape public life, including what content is produced, where audiences go, and what news and information citizens see. Facebook declared that its mission is to expand and strengthen relationships between people and to help expose people to a greater number of diverse perspectives. Instead, only a few years later, the opposite has happened. Facebook has become one of the sources for divisions among people. This can be attributed to two main factors: the “filter bubble phenomenon” and the rise of fake news.

Facebook’s algorithms tend to reinforce a “filter bubble” that shields people from dissenting information and only delivers content that confirms their views. Facebook encourages society to self-segregate into like-minded communities, which increases the distance between groups with opposing views, causing more polarization. YouTube’s recommendation algorithm typically recommends videos that echo the political bias of its viewers and what they choose to view, and feeds them videos containing viewpoints that are more extreme than the ones they currently hold.

Fake news has gained prevalence in recent years due to the rising role of social media platforms as news outlets, where content can be produced and relayed among users with no significant third-party filtering, fact-checking, or editorial judgment. A fake story shared by millions becomes “real” because people believe that if it’s going viral, it must be true. The most inflammatory materials will travel the farthest and fastest. False stories on Twitter, for example, spread significantly faster and more broadly than true ones, and wider distribution of false stories also makes them more profitable for social media platforms.

Extreme examples of fake news spread by social media platforms can be found in Myanmar and Sri Lanka, where the dissemination of hate speech contributed to the ethnic cleansing of Rohingya Muslims and anti-Muslim riots, respectively. Following a relatively brief period of euphoria about the possibility that social media might usher in a golden age of global democratization, there is now widespread concern in many segments of society—including the media, scholars, the philanthropic community, civil society, and even politicians themselves—that social media may instead be undermining democracy.

This concern extends not just to new or unstable democracies, which are often prone to democratic backsliding, but also to some of the world’s most venerable and established democracies, including the United States. The Capital Hill riots of January 6, 2021 have fueled this apprehension in western world.

There is a strong demand for regulation of very large online platform (VLOPs) in USA following these developments which primarily include Facebook and Twitter. In Europe, the European Union is considering a measure, the Digital Services Act, that would subject platforms to tighter regulations around potentially harmful or misleading content and impose more disclosure requirements around algorithms.

Pakistan needs regulation of social media in order to counter fake news and hate speech but these regulations should be enforced with the consensus of all stakeholders, including press, media, civil society, judiciary, parliament and security institutions unlike unilateral imposition of PECA as it was done by Imran Kahn government which backfired and was ultimately strike downed by Islamabad high court. Unregulated social media promotes polarization in society and produces culture of political intolerance which is threat to democratic norms and stability of societies. By Asad Ali/ eruasiareview